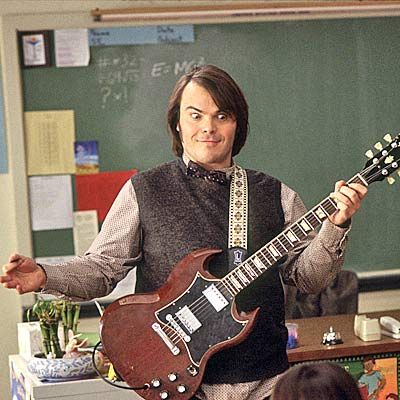 
Personality
Music is basically his life outside of breathing. He's a nice, hard-working man who tries to apply himself often to no avail. Reed is a sociable too who tends to retreat when he gets too overwhelmed by the amount of people around him. Whenever he finds himself liking someone, he becomes loyal to them hoping that it'd be reciprocated. Dedication is something he admires no matter the result - it shows a willingness to try and accomplish something. Reed has always been accepting of others no matter their views hoping to find something good in them.


History
Honestly, I didn't intend on getting into education. My dream wasn't in education. I wanted to be like the next Ozzy or something. I wanted my own Black Sabbath. Obsidian Sunday? Yeah, my lo-fi one man band on Bandcamp and Soundcloud was pretty rad. I tried getting my way into the music biz by trying to get on wizarding labels, but they said I wasn't what the general public wanted to hear. I wasn't making much from Bandcamp purchases and the occasional Spotify stream. My mum told me I needed to get a real job, so she had me make use of this degree I got out of pressure some years ago.

Miraculously, I got a job at my alma mater: Hogwarts. I don't know why they would've hired me, some bloke with no experience outside of student teaching. Guess they were desperate. I just hope the kids like me and that I figure out what I'm doing. I only applied for a teaching job so I could try and survive on my own for once.