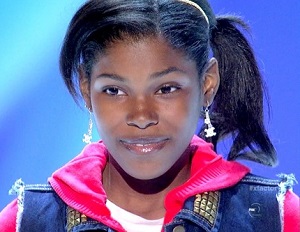 Personality
Having grown up in an environment who values materialism and face-value, you could say that Saffy is a little shallow. She likes elegance for the sake of elegance, and has an almost OCD reaction to flecks of dirt, crumbs and debris. Not only that but things that are slightly out of place, wonky or eccentric. Her values stem from materialism in a way that if someone is a bit scruffy, they are certainly not a good person or worthy of her time.

Sapphira does have insecurities. She is young, and she is still impressionable. She fears that people will not like her, and the only way of getting over that is to act as though she is superior. Whether she believes she is superior or not is an entirely different thing. But, I believe, through time, a true superiority complex will develop.

She certainly holds a grudge. She does not forgive easily, or forget. Her aspirations are standing out from her classmates; not necessarily in academia but in reputation. Her reputation will always be her main concern, but more due to her self-esteem than viciousness. Within a family who demands perfection, she feels as though she cannot be anything but that.

I dont want to go to Naymis naomis house because there chairs have crums all on them and it is very gross and makes me feel sick. Do they have house elf to do them things Daddy says they dont? I dont know why they dont have house elf ours is very nice and he makes me really smile. he dose does clean every place and he knows that I really dont like gross stuff. In my bedroom he puts flowers in there every day for me and when they go horrid he takes them away again it is really nice that he does that.

I hate sitting on crums and bits and dirt because its horible. also naomi does not where dresses and she seys says she does not like them but i dont know why. daddy says dresses make girls pretty does she not want to be pretty? i have to go now but I dont want to.

Mummy gave me writing lessons and I'm getting a lot better at my writing now. I am nearly eight years old now so I should be able to write properly. I went to Naomi's this afternoon for tea, and she teased me because I said I didn't know what my parents did as jobs. Dad doesn't really talk about work but I know he works for goblins at a bank, and Mum says he makes a lot of money. I don't know how it works and I don't really care. Mum works at the ministry of magic but I already knew that, but Naomi asks asked what does she do there and I said I didn't know.

I went to see kwiddich quidditch today but it's really boring. I shan't go again.

Looking back at my old enteries to this diary I am absolutely horrified to say the least. My spelling and grammar are atrocious! I voiced my opinion to Mother and Father today about having to go and spend time with Naomi, and I said that I wouldn't be going anymore. I don't like girls like her. If she were a boy, I wouldn't like him either. She is disgusting. Her idea of fun is swinging gnomes around a garden and getting muddy, well I don't like that because it ruins my dresses.

Vanessa seems to be enjoying Hogwarts, although I am a little wary of Naomi-types creeping around there. I have to wait a whole two years before I start there, and she is already in third year. I bet she will annoy me a lot while I'm there, but it's good to have a sister around that I can turn to. She's not my full sister, I don't know if I will ever have one of those.

Mother says my writing is perfect now, and my handwriting will impress all the teachers.

I can't sleep. I'm so nervous about tomorrow, going on the train with lots of strangers to Hogwarts. What if I don't make any friends and no one likes me? What if I don't like the house I'm in? What if I can't do any of the spells? I don't want to look bad in front of everyone else, but I can't think like this. I know that I'm better than a lot of people at a lot of things. I won't be made to feel like a loser.