Parker is often described as a kid who is a combination of being a jock and nerd. He loves to play Quidditch and would do anything to play Quidditch. But also loves to spend his nights readings in the library and talking about superheroes with his friends. He's also known as a goody two shoes who doesn't do wrong and doesn't feel right about breaking rules. That is because his siblings had sort of forced him to be that way, because he comes from a long line of people who like to fuck their life up and he feels the need to try and prove to others he's not his siblings.

But aside from trying to prove to people that he is not his siblings, Parker would do anything for his siblings, even if they aren't willing to do the same for him in return. Although he tends to often put school and Quidditch above his siblings, and will do anything to study in the library or play on the Quidditch pitch. And he's not ashamed to admit that he is a nerd and tends to find people who talk about comic books and video games more interesting over his teammates. Although he would never pass up an opportunity to spend time with his team.

He's also very outspoken, and coming from a family that were not purists. Parker had been raised on the idea that everyone is equal. And tends to stick up for those who he feels aren't being treated equal which often gets him hate from his peers. Although it never phases him, because of the fact that he hates purists with a passion and those who bullies others. Which is why he doesn't get along with his older sister, because of how she is very much a bitch. Although at the end of the day he would do anything for his sister, and tends to be very protective over her.

Despite being a kid who is willing to stand up for his beliefs and being there for his family. His true love will always lie with playing Quidditch and trying to maintain his grades. And he is determined to prove that he is not his siblings to people, and tries his best to do the right thing.

My name is Parker Cavendish and I bet you all know me as being the son of two Quidditch legends and I come from a long ass line of Quidditch players. It's not exactly my favorite thing, but if it wasn't for my family being into Quidditch, than I wouldn't into Quidditch. And I couldn't imagine my life without playing Quidditch, because I bet that life would be really sad. Although it would be nice if I didn't have to worry about trying to meet the expectations that were left on me to be good at Quidditch. But I am not here to talk about Quidditch, and I really don't want this being turned into me talking about my family and the media tying saying I am ashamed of being a Quidditch player.

To start off I was born and raised in Kingston upon Hull, England, and have lived my entire life at my family's estaste that has been in the Cavendish name for ages. I am the third youngest out of the Cavendish line and I am not lie I come from a long line of siblings who don't have their shit in order and have in many ways made our family look bad. But there is nothing I wouldn't do for them, and their mistakes have just made me work ten times harder.

And it also made me realize that my love tends to lie with Quidditch and making sure I am keeping good grades, because if were honest having good grades doesn't run in my family.. But I don't really want to compare myself to my family, because I am not that type of person. Because as much mistakes that my family has made, they still managed to become successful. And I am one who believes that we all have our own strengths that get us to our dreams.

Now to start talking about my life and I am going tell you that my life has revolved around Quidditch, because since I was able to go watch a Quidditch match, I had been going to watch Puddlemere United Games and they will always be my favorite team. And it's a shock that I even got into studying despite spending my entire life on a Quidditch pitch. But it did happen, and my mum had made sure that I had I had time for school while attending the local primary school. I often think that she is the reason for why I got my brains, because she got tired of getting owls from the school talking about how bad my siblings were doing in school. Even if from what I heard my mum hated school when she went to Hogwarts, but I guess you try to have your kids do better.

And the answer to your question about studying, I had spent all the time I had at home to read in my parent's library and it's where I spend most of my free-time. So you could say that from a young age I have always had my face in the library. And my mum had always encouraged me to try and study whenever I had the chance. Because it is what would be the thing that I felt if I didn't inherit the Cavendish skill at Quidditch, than studying would be my key to success.

But I was thankful to be gifted with having a big brain and being skilled at Quidditch. Because it would definitely prove me useful when I got to Hogwarts. And when I am at school, I still operate on the terms of trying to keep my grades up. Because I don't want to end up like my older siblings, and I think my family needs at least one kid that manages to do well. Even if doing well school is not a Cavendish forte, but who ever said it doesn't hurt to have some change.  And I am determined to be that change and also follow in my family's footsteps. 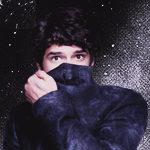