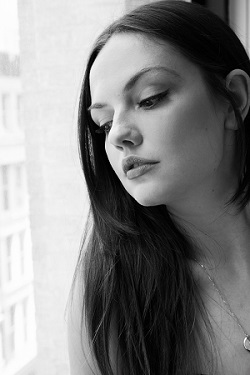 People tend to look past Faye's fierce determination, drive and epitude in corners of magic and academia. Unfortunately, she is also quite a vengeful and hateful person; often feeling possessive over others and their lives. One of her favourite past times is to be in the prefect's bathroom and gossip mercilessly about everyone else; but likely because she, herself, feels inadequate. There is a portion of low self-esteem and the need to gain recognition and respect from others, although she hides it very well underneath an high-and-mighty facade.

She doesn't like to admit it, but Faye is a fairly emotional person. She dedicates herself to studies because she fears failure, and clings herself to people because she doesn't like the thought of being left alone. That being said, she can absorb herself into books and learning. Anything that can help her develop as a person, and help her in a future career; she is doing it for the sake of the future. Faye is prudent, feels the pangs of guilt (they say you need guilt to be 'good') and likes to imagine herself as being in the Ministry in the future.

Faye knew that she was different. She knew that she was different when she looked into the back of that cattle trailer, half-way between Kilconly and Knock; and saw her cousins jumping around bare-footed in dung and peat. She knew she was different because the rolling hills of West Ireland did not inspire her. She wanted Galway: she wanted Dublin, or even London; the cities of opportunity. She was more ambitious than being a farmer's wife, and she was more inspired than going to the bog on a Sunday afternoon chopping up the earth for a bit of mud.
She hated cows, she hated sheep and she hated meat.

When her parents were divorced, she practically begged her Father to take her with him, to live in England. He seemed to assume that it was better for her to remain in Ireland, with the cows and the sheep and the meat, because the air was fresher and her childhood would be richer. She said that he didn't know her at all. He didn't know her at all, but she still wanted to live in the city. She was independent, and driven, from the word 'go'.

They moved to London together, in a high-rise near Wimbledon and every day they would have to get the rattling lift down twenty-four floors. Sometimes that rattling lift would stop working 'round floor twelve. But, miraculously, it clicked and staggered and went on whenever she was in there, willing for it to start moving again. That wasn't the only miracles that seemed to happen whenever she was around...

Not everyone gets the opportunity to start from scratch, and Faye was mostly grateful for that when she started attending Hogwarts school.

Faye's primary concern was being recognised amongst the masses; not necessarily heightening her studies. It wasn't for personal gain, not really. She wasn't keen on the material world, or the need for status. She just didn't want to be identified by Irish stereotypes: with soda bread, manure and worker's hands. Was that really too much to ask?

By fourth year, her accent had almost entirely worn away. It was in this year that she found an attraction for her friend since first-year, Louis Weasley, and a fierce competitor in a Slytherin boy: Narkissos Jetson. Louis and Narkissos couldn't be more polar opposites, and yet it was Narkissos that she established more of a relationship with. They both went onto being prefects, and both hope to become Head status in their seventh years.