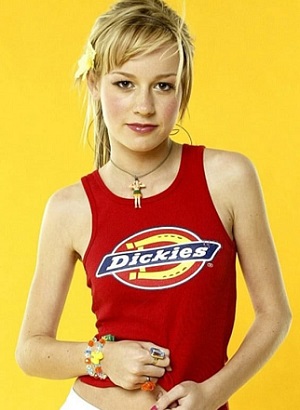 Blanche is a lively, optimistic and energetic sort of person. She is happy-go-lucky and unlikely to anger, due to her extremely positive outlook on life. For as long as she can remember she has been an admirer of the arts; particularly music, and devotes a lot of her spare time to songwriting. Most of her friends would describe her as being devoted, extremely passionate and encouraging: her care for others stems from her nature to inspire and invigorate.

She can sometimes overlook details, be clumsy about her magic and be presumptuous that everything is all right with those surrounding her. She doesn't pick up on small cues and sometimes fails to recognise struggles or sadness. Blanche doesn't take herself too seriously, but that can sometimes be a problem: her lack of drive in some areas of academics won't help her in the adult world. Still: she's dead set on one thing, and one thing only. Her ambition to form a band and become the Next Big Thing is what drives her; although many would view this as a perilous dream.

We liked it, our little restaurant at Le Port de Nice: in my opinion, one of the best places in the world. The glorious south coast of France isn't like any other; although I probably would be biased, wouldn't I? I grew up with mon père, or my father, Lawrence Labelle. I had a lack of motherly influence in my earlier life, but I don't want you to cry me a river for it. My Mum - my beautiful, talented Mum - she died when I was just three. It was at a time where the French-Italian boarder was plagued by stray, feral creatures: werewolves.

Some horrible, sad people said my Mum was some kind of floozy. To me, she was positively regal. I mean, we could probably all say that about a Mother who'd left us too young: but I had stacks of recordings of her singing. She had more of an opera style of voice, although I could never reach those notes. Papa often joked that said I needed a bigger stomach for a bigger set of lungs: most opera singers were voluptuous and handsome, and I had taken after him: bony and pale.

Before I attended magical school, I hadn't known of my mother's magic. Our restaurant wasn't just a place for eating or socialising, it was big on entertainment. Papa taught me how to do card tricks, as he loved what the muggles like him called 'magic'. But, I caught onto this far too fast. I believed that I was making cards appear out of thin air! Well, as it turned out, that was the case. He sat me down, and told me all about the magical world.

Just when I was intending to go to Beauxbatons on the September after my eleventh birthday, Papa hit me with the bad news. Business had met a gradual decline over the past months due to an influx of chain restaurants taking over the port, and he had a new opportunity to travel to England where French cuisine was really taking off. So we moved to Stratford-Upon-Avon; birthplace of Shakespeare, another picturesque corner of the world I suppose... but my heart will always beat faster for Nice.

So, it turned out that I would be attending Hogwarts instead. Don't get me wrong, I saw it as an opportunity. I'm very close to calling England, and Hogwarts, my home.

I may have learnt all kinds of magic here, but (if I say so myself) charmwork will always be my speciality. But I know that when I leave Hogwarts, I don't want to use it to save or change the world: like my parents before me, I guess I just want to entertain. Music has always, and will always be a big passion of mine and it's about time I gathered a group of like-minded people to call my second family. I want to inspire, I want to make people smile, I want my music to really mean something to them.

Maybe, one day, the world will know my name.