Hair Color: Brown
Hair Style: Long and ruffled
Eye Color: Some people say blue, others say green.
Body Type: Light muscle
Height: 6' 2"
Other Distinguishing Features: A small scar on her face over her lips, assumed to be from abuse in the past from her father.
Clothing Style: Often she is reserved, even if the outfit is a little unkempt. Sometimes she is seen in a hooded robe, assumed when she goes to hunt.

Suzi is a Death Eater by soul. Some have even come to wonder if she was even human. They say she never regrets a kill, but instead she gets a twisted pleasure out of it. Of course that is assuming. A key feature is that not many people have heard her talk, I would assume I was lucky when I got an interview with her. Otherwise, everything is assumption. She explained that she rarely speaks, along with some... Other details. She seemed docile when I encountered her, but... Suzi is a very strange girl. She is a huntress, and seems more related to anything that wasn't human. It tends to be that if she speaks to someone it'll be one of a few things. She works with them, she kills them after alluring them with a facade, or she is very brief. I was luckily in that last category when she told me that. She seems to like animals, although she was known to hunt them, rather savagely according to witness accounts. She loves birds of prey in particular. Though what she hates and fears is unclear. My best assumption would be people, but I can't tell myself.

Suzi's family is unclear, she refuses to identify them, but according to her own words, there was a lot of domestic abuse. Her father was apparently some untalented magician who would beat her muggle mother on occasion. Even beat her if she spoke out of line. This, I assume, lead to her next story. She would run out of house and be in the wilderness. Somehow, animals were raising her. She seemed too smart to be raised by animals, but that can be the only explanation. She said they would read her stories, speak of fairy tales and worlds of wonder, perhaps beyond her own reach. She would always return home as well from what she said. One day, at the age of 11, she had discovered her magic. Some of the first things she did with that magic was kill her father. The nature of his death lead the mother to believe that he died in an accident related to choking on some food, but according to Suzi, he choked on his own heart. She later ended up killing her own mother, for what reason, or how, she never explained.

The rest is witness accounts, she went through wizarding schools, and did graduate, but she was found in different schools around the world. Research did find a Suzi was transferred around various schools for juvenile behavior. One time was apparently due to raping another student in their sleep, assumed to be multiple students. The student that reported that it happened to them also had a cut on her shoulder.

Otherwise, she has a pet condor that she hunts with. No one knows what she calls it, but it is said whoever it looks at loses fifteen years off of their life span. Likely just a legend, but when asked, Suzi didn't deny it, she said nothing... 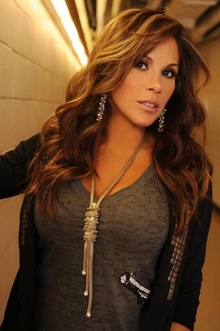