send it on (open)

alias
Alias
age
Age
sexual orientation
sexual orientation
blood purity
blood purity
occupation
occupation
nickname
Nickname
posts
Posts
points
Points
galleons
galleons
Guest
Permalink
Molly didn't like that her family was turning out to be different and how her uncle was in Azkaban. She had decided that she would maybe send a message to her father. Because she knew that he might be one of the few good people that she could talk too because she knew professors would good, but she decided that someone outside of school would be good. After writing a letter to her father and she hoped that he would respond and she made her way up to the Owlery. Entering she saw another person, and she let out a small smile. "Are you sending a letter too?"

alias
Alias
age
Age
sexual orientation
sexual orientation
blood purity
blood purity
occupation
occupation
nickname
Nickname
posts
Posts
points
Points
galleons
galleons
Gryffindor Fourth Year
Permalink
Rutuk wandered to the up-most floor once again. This time he visited an odd little room called the "Owlery" whatever that meant. He saw a girl with a small roll of paper, but that wasn't a concern at the moment. He looked at the creatures in the room. Right, the girl spoke to him, he decided to use his go to phrase. "That's none of your business, mate." Rutuk glanced around at the birds again. Owls, they were called. They were certainly different from other birds he had seen. Pecking and picking condor, nipping at flesh and blood. A tear at the wound. Rutuk shook his head, looking at the birds. They seem pretty harmless in comparison. Smaller beaks were probably fine. He decided to turn back to her question, he was starting to get light headed thinking of the birds so much. "Yes, I am going to be sending a message, not right now however. Don't ask, very professional business... Wait, was that right? Personal, that's right."

Rutuk wasn't entirely sure how these people sent their messages, but that wasn't entirely important to him. He wouldn't let them see that, at least, he hoped he wouldn't. He shook his head as his mind wandered back to the cursed birds. He unconsciously grabbed his arm, now wasn't the time. 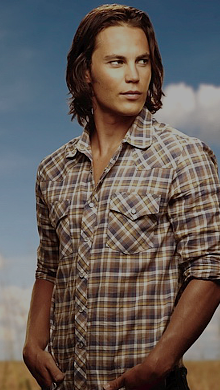