personality
David is very much a loner. He once had a life, was drunk in his own fame and blood power. He knew the fame of his blood and let that rule his actions. However once he was turned everything changed. he became withdrawn. He went from being one of the top in a hierarchy to one of the lowest. He is a man with many demons (literally as he is a form of one) and it does haunt him, the things he has done.. what he is. However he is determined to live up to his bloodline and bring about a permanent peace in the wizarding world.

Likes: Quidditch, dueling, Blood, a good bottle of fire whiskey.
Dislikes: Dark Arts, other Vampires (whom lean towards the dark side), blood (or the fact he needs it) politics.
freestyle

David was born in the late 16th century to Ernest and Nancy Shuter. He grew up knowing of his true heritage.. the shuters were Direct descendants of Godric Gryffindor, so when he was 11 and was shipped off to Hogwarts, he was not surprised when he was sorted into gryffindor. he flaunted his lineage through school, proud of it. he excelled in dueling specifically, but was adept at charms and transfiguration was well. When he graduated he went traveling. this was the worst mistake of his life.

After 9 years of travel he returned home, to find his mother dead on the floor, white as a ghost, and his father close to the same fate. There was a figure standing over his father, sucking on his neck. David had drawn his wand, but was too late, the figure turned, rushed forward, bit him, and ran away.

[It is worth mentioning that David's original wand was most likely taken by this vampire, and he had to get a new one, which is why he has such a peculiar wand. He had the strength, determination and time to wield it. ]

{EDIT: Alexei Chekov is the vampire that turned him}

Officially, the Shuter name, and the gryffindor bloodline, ended that day. However David lived on, undead. He kept to the shadows for quite a few years, until he came across a specific piece of jewlery in a store (Who's store owner he had planned on having for dinner) he saw it had the gryffindor crest on it, and realised this was the ring that had been his fathers. He took it (after having his meal) and later found out that thanks to some family blood magic voodoo stuff, with a few extra enchantments, it allowed him to walk in the sun.

For the next 350 years David just existed. he kept out of affairs of the time, just focused on himself. He tried to find a diet that was less harmful to humans. He tried starving himself, but that only lead to blood baths later on. He then had stints on animal blood, but that did not leave him satisfied enough so it became impossible for him to live amongst humans. He had many slip ups, and a few times over the centuries he gave up completely and there were mass murder sprees. However he felt guilty about each one, and hated himself.

Then came the great invention of blood banks, and with this came his salvation. He learned to control his urges, surviving on both an animal diet with the occasional blood bag to keep his cravings in check or to power up before a battle. He was mostly absent during the first wizarding war as this was where he was learning to control himself, and during the second war he operated from the shadows. It was during this war that he first worked for the Order as he was tracked down by Albus Dumbledore and offered a postion. David took it, but did not keep regular contact. He was actually present and Albus's funeral, watching from the dark forest.

Once Harry Potter was thrown into azkaban and the Order was in disarray David finally emerged from the shadows completely, taking temporary control of the Order (Admin aproved) and leading the fight against the death eaters and ministry, meanwhile plotting on how he could spring Potter from his prison.

He is a mystery to most, as he is still very withdrawn. He also has dealings with the Council of Vampires, though he dislikes them. He also has yet to find the vampire who turned him. (If we decide he should be a member of the council given his age and blood purity i will edit this) 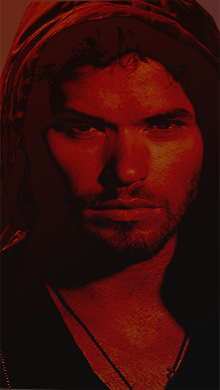