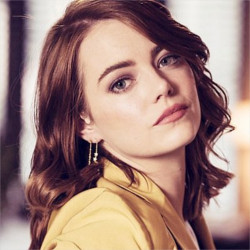 personality
Amber is a somewhat nice, somewhat manipulative girl. She can be very sweet, but when she feels as though someone has crossed her, she will often react using subtle or cruel words. She knows this about herself, but she simple chalks it up to a defense mechanism. She makes friends fairly easily, and once she has become friends with someone, she will be protective, loyal and kind. Although she puts up a tough front, she does like it when people like her and she will be privately upset if someone says something mean about her.
Likes:
• The Lake - It is such a peaceful place, but it can also be a place of socialising. Amber also loves to swim, and when the Giant Squid isn't close by she doesn't hesitate to jump in, even if it's really too cold for swimming.
• Running - Running isn't so much about fitness, as about getting the chance to clear her head. Some of her best ideas come to her while taking her morning run.
• Apples - The fruit, the scent, the colours, Amber loves everything about apples. She'll eat at least one per day, and her shampoo smells of them.
• Her Diary - Or as she prefers to call it, her journal. She isn't particularly close to any of her friends and so she writes about her deeper emotions and thoughts rather than sharing them with others.
Dislikes:
• Chocolate - It's sweet, it melts, and too much is bad for you so Amber prefers to avoid it entirely.
• Unecessarily unhygienic people - Amber doesn't mind if somebody has been working hard, or is sick in their bed, and they aren't clean, but when there is no reason for it she finds it difficult not to say so.
• Too much sun - Obviously. The part of her that is vampire doesn't allow Amber to enjoy the sun like other people do. It burns her more quickly, and if she is in it for too long she may end up fainting.
• Sharing - Amber has never really spent a lot of time with other people and has always had everything she wanted. So, she finds it difficult to share her things and her space in the dorm room.
Weaknesses:
• Divination - Amber won't try and say that Divination is a complete waste of time, but she is very bad at it and after a term of it in her third year she won't ever take it again.
• A home cooked meal - A good, home cooked meal will never be declined and Amber has been known to kick the house elves out of the kitchen during the summer so that she can cook herself, provided her father isn't around to see it.
• Physical altercations - Amber believe that witches and wizards have wands and that they should use them. Perhaps she should learn some self defence, but she has never had the opportunity to do so.
Strengths:
• Potions - Amber loves Potions and all of the things that can be done with them. They can heal, poison, be annoying or useful and so she pays particular attention in Potions Class.
• Intelligent - While not necessarily the top of her class, Amber is quick witted and knowledgable, and likes to read for both learning and leisure.
• Defensive Magic - While decent at offensive spells, Amber is much more proficient in the defensive magic that she had attempted so far at Hogwarts.
Positive Traits:
• Generally friendly - Most of the time, Amber is kind to those that she meets, although she won't hesitate to speak out when she disagrees with something.
• Dilligent - Amber works hard for her good marks and for the things that she wants when they don't fall into her lap.
• Energetic - She is always doing something or has something planned, apart from to occasions that she specifically sets aside for relaxing.
Negative Traits:
• Stubborn - When her mind is set on something or an idea, it is difficult for her to give up or see reason. Sometimes she will continue to argue something even when presented with reliable evidence of the contrary, simply because she has already started.
• Easily stressed - Wether there is a lot of school work in her planner or something that she had to do that she doesn't want to, it will play on her mind constantly until it is over with.
• Deceptive - Although kind, Amber can be very deceptive when she wants to be. She is not afraid to manipulate someone to get what she wants or to hide things when it suits her.

History:
Amber was born in the middle of the night, when Cassandra Flint was twenty years old, eight months after a one night stand. Her mother's cousin, Joshua was present, and after he took Amber from the room to give Cassandra the chance to sleep, he returned to find the woman missing. A short note told him that Cassandra had run away, and asked him to take care of Amber. So, Amber was raised by her cousin, believing herself to be the daughter of Joshua and his missing wife who's name she does not know.

She was given everything that she wanted or needed, but Joshua was never able to show her affection like a father would. So, Amber was closest to the house elves and other people in the village where she grew up before her father move them both to his homeland of the United Kingdom from Cassandra's homeland of Czechia. She adapted well to the move, as a curious eight year old, and she continued to live a mostly isolated childhood. She ended up receiving a letter from Hogwarts when she turned eleven and she started the following September.

At school, she found herself falling in love with the subject of Potions, fascinated by the range of things that they were able to do. She also made a few friends, but she never considered herself particularly close to any of them, used to being alone all the time. She does very well in her classes, putting study before leisure, though when she wishes to she enjoys being outdoors, particularly near the lake.

Family History:
The Flint and Greengrass families are both members of the Sacred Twenty Eight list of Pureblood families, who have had many magic members for centuries. They are moderately wealthy, although some consider them sketchy due to their involvement in the dark arts. After graduating Hogwarts, Cassandra's father left the rest of his family to move to the Czech Republic, where he and his wife had one daughter. His brother remained in the UK and had two sons, Joshua and Marcus.
Note: Freestyle is optional and may be filled out later if desired