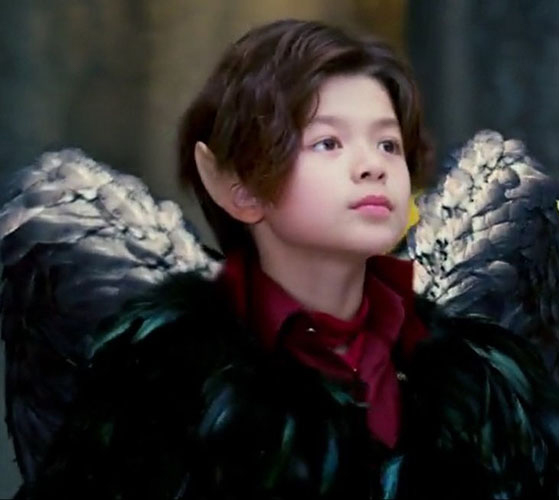 Likes the colors black, red, and white. Is a curious kid with a penchant of asking questions he shouldn't. Loves dressing up and costumes. Likes to wander off and doesn't seem to have a sense of self preservation or 'stranger danger'. Has a bit of a habit of taking things that doesn't belong to him. He claims its because they're keepsakes for memories.

Asriel was born in Wuhan China but has never known his mother, or at least that he knows of. She left when he was a baby so his father raised him. Asriel might have thought it was strange, but it was the only life he's ever known. Eiji never trusted anyone with Asriel, so the boy grew up going to work with his father and learning how to hide. He was given games to keep him occupied until it was time to go home. They moved around a lot and it was from his father and not a school that he learned most everything he knows. It wasn't until recently and with their move to England, that their had been talk of sending him to an actual school.

During the few weeks they'd been at the Leaky Cauldron, Asriel hadn't heard any more talk bout 'school' and took to wandering the alley with his father. When not trying to explore and learn about this new 'home', Asriel would stay in the room and either play with his ferret, or study whatever his father had given him.

Asriel's father Eiji traveled a lot when he left Hogwarts after a brief stint in Japan. While he was traveling he stopped in China where he came across Asriel's mother Meihui. They traveled together for awhile before returning to China. While Eiji usually tells Asriel what he wants to know about himself or his family, he doesn't talk about Asriel's mother. Then only thing he knows about his mother was her name and that she was a pureblood. Nor has he ever seen his grandmother on his father's side only being told that it was better that way. Only his father knows why they up and moved one day deciding to come to England but Asriel saw it as an adventure and used to traveling about with no real destination.