Hair Color: Brown
Hair Style: Short curly
Eye Color: Green
Body Type: Average
Height: 5' 5"
Other Distinguishing Features: A tatoo in the shape of a quill.
Clothing Style: Often wears hoodies or polo. If he's wearing polo or a sweater, he'll be wearing a hat of some kind. He wears glasses as well.

Joey is a soul full of desire. He shows clear interest in art, but he is very flippy on his emotions as well. Joey has a lot of interesting habits and interests which correlate with his unpredictable nature. His Bisexuality hits most types of people, from some of the most masculine of men to some of the most feminine of women and vice versa. He doesn't speak it right out, but he is easily aroused. If he's in a specific mood, he'd make various drawings based on subjects of "interest" often fantasizing. He avoids it most of the time otherwise... At least by his claims.

Pets: Doodle is a 9 year old reptile. Whenver Joey is asked about it, he is always vague. He doesn't confirm its actual species, simply saying it's a reptile. He says it's alive, but he never has it with him. He also has an owl named Sketchy, 11, well alive.

Not much is known about his younger life prior to the school of Wizardry and Witchcarft, but what he does say is pretty standard. However, it's not easy to confirm it's reliability due to lack of evidence. It's a lot like his pet Doodle, no evidence, but all we have. He doesn't seem as interested in conventional magic as he does artistic magic. It's safe to assume his upbringing in magic first arrived while drawing. He was able to make a picture he created move. Once invited to Hogwarts, despite his father's wishes, he decided to pursue the arts of magic.

Joey had fine prowess in his first few years, but was often dragging his attention to his art rather than his lessons. He eventually did organize his schedule for drawing to be more controlled during classes. There were some interesting connections that could be made to his father's talents in magic as well, but the drive was different. Joey was also a mixed bag like his father. Labeling him took some time. He ended up in Ravenclaw due to his quiet nature, though he was almost as unhinged as a standard Gryffindor. There was also his drive to get what he wanted on a similar level of an average Slytherin. He has control so it was only reasonable he would end up in Ravenclaw, but sometimes he lets loose in various ways.

Joey's family is one that reverses most expectations. His father was a pristine student of Hogwarts, but he tried to give up his life of magic after an accident that could've claimed his life arose. There's no proof that his father didn't practice magic, but he certainly cut off most of his ties to the wizarding world. His wife on the other hand is one who couldn't show more intrigue in magic for a Muggle. Some say she fell for Gray over his magic, but this hasn't been confirmed. The Mother's talent in various muggle art forms combined with the magic talent of the Father's is assumed to be what lead to Joey's Artistic talents. 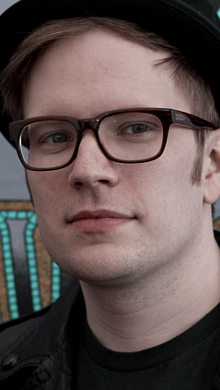