Name: Aerix Scythes
Nicknames: Scythes
Titles: N/A
Date of Birth: 2000
Age: 20
Blood Status: Muggleborn
Hometown: England, estimated Britain
Current Home: England, estimation is difficult
Nationality: English
School: Not a student or staff memeber
Sexual Orientation: Heterosexual
Wand:It is difficult to determine the features of his wand, or if he even has one. Instead he dual wields one handed chained Scythes. It's been determined they function similarly to wands.

Hair Color: Blonde
Hair Style: Down to his shoulders.
Eye Color: Blue
Body Type: He has a slim, yet muscular, build.
Height: 5" 9'
Other Distinguishing Features: Light British accent
Clothing Style: He is commonly seen wearing British designs, wears a bandanna commonly, outside of his job and other things like that.

Aerix has shown interest in music, though hasn't made any himself. He has always claimed "Just because I like music doesn't mean I would be good at making it." Yet those that hear him sing say he has a great voice. He listens to music pretty often, ranging from rock to more relaxed songs, even some techno. Aerix also commonly works out. "I'm no body builder, but I at least want to look good." He doesn't wear glasses often, yet his vision is short sighted. He usually keeps a pair of glasses on his person, in case he needs to read something. Aerix does seem to have a disliking of the dark, the reason for this is assumed to be a phobia. Of course, this doesn't seem to effect him otherwise. Other dislikes consist of things such as pet peeves and sicknesses. One dislike in particular is revolved around his death eater background. Aerix has stated himself that

Aerix is a simple fellow. He had a normal childhood, when he hit sixteen is when his life began to change. That was when he first realized he had magic. There wasn't a lot that could provoke him, so emotion didn't kick start his magic in youth. When asked how he learned of his magic, he replied with "Crazy day that, surely a bit long for an interview."

Aerix recieved the symbol of the death eater soon after, yet he managed to mistake it for a birthmark. How he managed is confusing to this day. "Mate, what else do you think of when you see that?" Despite this once he was forcefully told it's meaning, he was a little disappointed. Aerix "found" the chained scythes one day, and he was a natural with them. "I'm telling you, they were literally on my door step." He can throw them and the chain can extend for as seemingly long as he wanted it. Little to say, he is a skilled combatant. Both magically, and physically. The scythes have also been proven to function similarly to wands. Wind seems to be a magic that emanates from them.

Other than that Aerix He has also claimed that the death eaters have claimed they could help in his dilemma. Due to this distortion effect, along with him being a death eater we rank him a risk of B.

Aerix has requested that details on his family be kept secret, as to prevent harm coming to them. "There are people who would cause direct harm to them for me being a death eater, I want to keep them safe from who I am." We have granted his request by keeping them secret, after all, they are simple muggles. 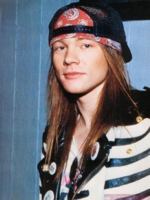 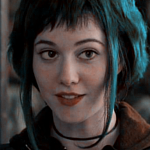