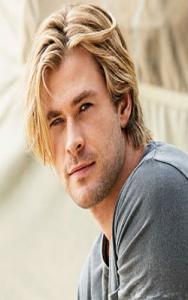 Josh Dragomir can be described as being... Many things. On one end, he's confident, but kind. He's outgoing and loves getting to know people. Something Dragomir loves doing in particular is making people laugh, and making people smile. He's compassion, and can be generous, perhaps overly so at times. He has a charismatic, at times charming personality, though admittably his personality can be overwhelming to some. He's brutally honest, and while in many cases he doesn't care what people think, in some cases he fears disappointing people, or upsetting someone. He has a righteous heart and always wants to do the right thing, but at times his stubborn nature can cause problems.

A part of this sense of humour of his is a flirtation bit to his personality. Josh is a natural, sometimes even shameless flirt. While he's generally joking around, there isn't many lengths that he won't go to in flirting, and can go quite far in this aspect. To some, it may be charming, others might think less for it. Of course, if indicated that it's not being received well, then he will stop, simple as that. As he's doing it for the sake of making people laugh, if it isn't being received well, then the reasoning ends there. Of course, on the opposing end of the spectrum, if one is to one-up him in response in the flirting department, Dragomir will likely take it as a challenge and up his game. And of course, then it's all downhill from there... Regardless, Dragomir is not a hard man to make friends with, and with him you will find a loyal friend for life, or in other cases a committed and loyal lover, even with his flirting (Which will mostly cease with other parties when he enters a relationship. Who knew a smooth flirt could be a committed lover?) In that regard, he takes relationships incredibly seriously, and won't stand or tolerate cheating or manipulation of a relationship of any kind. Josh is honest, and good-natured, though "brutally honest" could also be used to describe him. In many cases, he will not hesitate to tell you how he feels, though he does know to be sensitive... Most times. Others, he may be insensitive in his honesty, and may hurt someone by accident in doing so.

Josh is courageous, and won't back down from a challenge most times. Of course, this can also lead to him getting himself in dangerous situations. Sometimes his confidence can be his downfall, but generally his intelligent keeps him out of these sorts of things, though not all. He can be strategic, constantly thinking outside of the box, and in many ways is a natural leader. But even as a natural leader, the idea of a clique does not appeal to him, and he will gladly accept new friends into his life with open arms. Of course, break his trust, and it will be a difficult thing to be forgiven... He takes the idea of trust and honesty seriously, and despises liars or someone who would manipulate others. Harming animals for anything other then necessity or self defence, especially more harmless animals, or even children, is a quick way to gain an enemy out of him if you haven't broken his trust or proven to be a profound liar already. He doesn't tend to forgive easily...

At times, he can be overly caring, or overprotective. But his intelligence and ability to read people quite well, as well as his compassion tend to make up for it in many cases. For one reason or another though, he seems to get along better with women, and seems to find himself with more female friends then male. The reasoning? He truly, honestly, doesn't know.

Born Joshua Dragomir, he was born in Ontario, Canada by Philip and Serena Dragomir. Soon after Josh was born, they would find themselves moving to London, England, where he was raised for his entire life. In the years that followed, Josh would find himself with a younger brother in Nicholas (Age 15) and a younger sister in Kana (Age 11). Josh's mother, Serena, was known for her work with dragons, both caring for and breeding them. His father, Philip, or Phil, meanwhile, was a fully fledged Auror, one who Josh looked up to throughout his life. This would end up inspiring Josh to become an Auror himself, even if all he knew about being an Auror was taking on bad wizards, and looked up to his father as a superhero in that regard who he wanted to be just like when he grew up, without a lot of thought to what that would entail. Still, that desire to be an Auror didn't leave him even when he received his Hogwarts letter. Actually, it only strengthened and enforced that desire, that dream. Coming to Hogwarts, and being sorted into Gryffindor, he found himself over the years learning the tricks of the trade of Wizardry, and found himself a natural talent for learning spells, and even found that he had inherited his father's natural gift for duelling.

In terms of his studies, Dragomir could be considered above average. Definitely skilled when it came to his grades, but not to genius levels. He also struggled when it came to things such as Divination, History Of Magic, and Potions, but he still managed with time put in. During his years in Hogwarts, his personality formed, and he found himself to be outgoing, made friends easily, and was found to be a charismatic sort. Of course, as the years by, friends came and went. As did girlfriends. Quite a few, actually. Of course, it never went well, he never seemed to be able to find himself in a committed relationship for long. Surprisingly, the sixth year was rather uneventful for him. Deciding he wanted to try something new in order to help the days go by as he continued to study in hopes of being an Auror, he found himself signing up for the Gryffindor Quiddich Team, as a Beater. It was a new challenge for him, something he had considered for several years, but the teams had always been full whenever he had considered before....

Granted, his entire life had been uneventful up until now, at least, his Hogwarts life anyway. Things had gone without a hitch for the most part, but his dreams continued to burn bright. But with over a year left to go before he could graduate, what adventures would he perhaps find himself in?

The Dragomir Family are a respected English-Canadian Pureblood family, who's been known to never let the their blood status get to their heads, nor have they ever been ones to look down on others for being anything less then pure of blood. They have a history of partaking in careers such as Aurorship and other dangerous occupations, and are known to be quite charitable as well with their seemingly endless fortune. Of course, their different behavior in comparison to many rich and renowned Pureblood families has led to some resentment from those who feel that they are too soft-hearted and should be more proud of their blood status. While there are Dragomir family members worldwide, the known ones seem to flock to their known homelands of England and Canada.

Phil, Serena, and their children Joshua, Nicholas and Kana, currently live in Dragomir Manor, having moved there from a homestead in Toronto, Canada shortly after Joshua was born.