bare it all (Nova)

Running Up That Hill :: Hogwarts :: The Grounds :: Whomping Willow

alias
Alias
age
Age
sexual orientation
sexual orientation
blood purity
blood purity
occupation
occupation
nickname
Nickname
posts
Posts
points
Points
galleons
galleons
Ravenclaw Fifth Year
Permalink
The full moon was right in the centre of the month, and as usual he was beginning to feel on edge. Although he knew that he ceremoniously, and carefully, drank his wolfsbane potion the day before the moon rise; he hated the feeling of sickness, and of blankness in memory. Every time he woke up from wolfsbane, his eyes snapped open and his skin crawled: there was a brief moment of dissociation from his body, as though he had to remember who he was, and that he was safe. And that others were safe.

He'd come outside for some fresh air, and found himself looking at the whomping willow tree. It was quite a beautiful tree, really. Beautiful, yet merciless and lethal. For some reason the sight of it was calming him. The moonlight had rose that evening, but the tree sheltered him from the majority of its light. Instead he was bathing in the warm lights from the castle, and thinking positively.

At least he was in a place where he could have wolfsbane. At least he was, for the most part, accepted. Feeling the cool evening air ripple over his arms, he began to feel at ease. 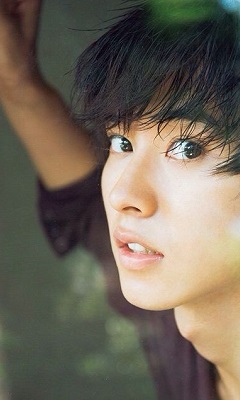 alias
Alias
age
Age
sexual orientation
sexual orientation
blood purity
blood purity
occupation
occupation
nickname
Nickname
posts
Posts
points
Points
galleons
galleons
Hufflepuff Seventh Year
Permalink
Nova had decided to go for a walk in the moonlight, she needed to get outside to think. Walking around she came to a the tree that she told to stay clear of however she felt drawn to it. Seeing someone else standing under the tree she cocked her head to the side and approached them. The young woman was wondering why he was out, was it the same reason as her? She did not care just wished to talk to someone and by the looks of it that person could use someone too.

She remained quiet for a few minutes trying to think of what to say. [b]"Hey," Nova finally managed to say, wondering if she had made a mistake and would once again be confused for her twin.

Running Up That Hill :: Hogwarts :: The Grounds :: Whomping Willow