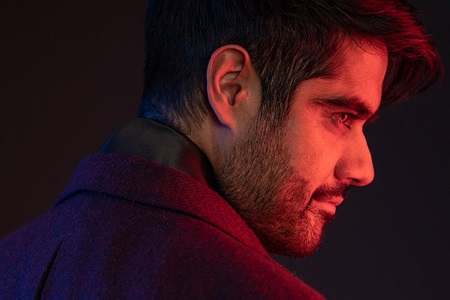 during the battle...
Where were you when the battle commenced on March 19, 2021? Working at the Ministry
If you were in Hogsmeade, were you taken captive? No
How were your friends and family affected by it? His family were all safe, but he did everything he could to ensure the safety of his children.

"My name is Sigvald Galvoth, and I am a demon.

Before you all turn your wands against me, let me speak in my defence.

Demons are not like you would imagine. We may be dark creatures, but we pose very little threat to humankind. In fact, as we acclimatise to our existence on earth, we begin to understand more of humanity, and adopt their morals. The place where we originate from, we can never go back to. None of us walking on earth really remember it. We were sentenced to spending our lives here due to defiance, so you can be rest assured: we are just the same as you are, if not weaker. We cannot make magic the same as you can."

(Private thought: Of course, I'm lying a bit here. Gaining their trust takes a certain degree of honesty, and I'm not one for hiding what I am.)

"From what I understand, an extremist group calling themselves the Death Eaters have exactly the sort of ideas I stand against. Not one group should stand above another. This sort of fascism is something I've been unfortunate to witness in human history, and it makes me sick. Whether you are muggleborn, muggle, vampire, werewolf, witch, wizard, elf, half-giant... demon... we should all be treated just the same, and judged by our merits: not our backgrounds.

That's why I'll ensure proper justice comes to these individuals, and their ideology is shunned - once and for all.

We will start with a new movement towards mass inclusion. The problem with shunning any group of individuals is a lack of progress for the British people, so I will start by revising the rites of magical beings like myself. Prejudices of the past, we will do away with. Everyone will have a right to equal opportunities, and none shall be forced to live in segregation."

(Private thought: I've worked at this sodding Ministry for ten years in the Being Division, and managed to finally get a seat on Wizengamot. Outing myself isn't a suicide move, it's a way to get myself recognised. I don't want this seat - I want THE seat. The highest one. The Minister of Magic.)

"We have recognised the continuation of old practices, such as vampire and werewolf hunting. I'm astonished that these groups continue to exist, and that Wizengamot tries them as not murderers but merely extremists. We hope to change that.

I hope to update the education system in our country, so that Hogwarts teachers educate our youth with the facts of magical beings, as well as the ongoing prejudices they face in our modern world. With hope, it will instil empathy to our new generation, and trigger an age of acceptance.

While we recognise the possible dangers of some beings to the populace, we endeavour to provide them with the means to satisfy their needs without causing harm to the wizard or muggle communities. The existence of groups, covens, packs, cults, etcetera with murderous practices; we will attempt to abolish, as they pose a great threat to the nation and our movement. Unfortunately, it is this minority of magical beings that sets the stigma for all of us, and we must put an end to them if there is any hope for progression."

(Private thought: I love the sound of my own voice in this flesh form. It really carries.)

"As your new Minister of Magic, starting in September, I will fix this country. Under my guide, wizardkind will iron out old world prejudices, and move into a new era of peace, prosperity, and acceptance. I will stand for the masses, not the gentry. The good thing about demons: we have no greed for worldly pleasures."

(Private thought: A good bit of irony always succeeded as a closing statement in human politics...) 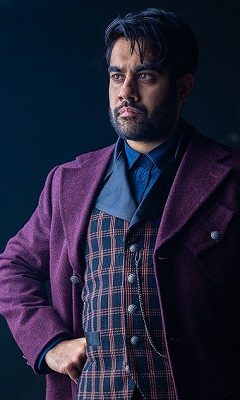