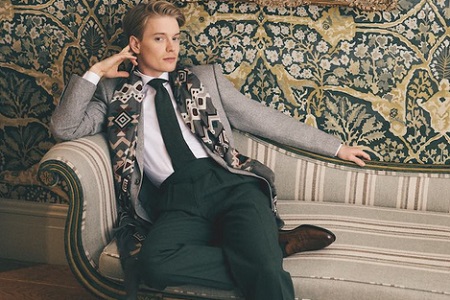 during the battle...
Where were you when the battle commenced on March 19, 2021? In America, studying
If you were in Hogsmeade, were you taken captive? N/A
How were your friends and family affected by it? Brother and sister captured but released

Aster is the second youngest of five Macmillan siblings, although he only recently has discovered that his younger brother, Hyacinth, is only his half-brother. He was sorted into Slytherin house while at Hogwarts, and was Chaser for the house Quidditch team from his third year onwards, earning Captain title in his seventh year.

Although his enthusiasm for the sport made him believe he was right to play it on a professional level, that passion was thwarted by the general expectation of his parents. His Father believed that it was better to go with a career that promised stability, than gambling with a Professional sport that he may or may not find success with. The stakes were high, the level of skill required was daunting: needless to say, he was talked out of his boyhood dreams and went for his second choice.

That was, to get out of the country entirely, and to study abroad.

He ended up choosing Charms as his focused subject, and was offered a place to study at a magical university in America. He enjoyed the independence and the experience of attending the school, but learnt quite quickly that he hadn’t the patience for what he was studying. One thing that he did particularly enjoy was exploring the muggle world over there, in New York, and became entranced by their large vehicles as modes of transport.

He realised that, with Quidditch, it wasn’t the passion for the sport itself that attracted him to it. It was everything else that came with it: the fame, recognition, a lot of dosh, and a lot of attention from female fans. That’s the real reason why he’d stuck with it for so many years through school. Studying bloody Charms at university then going onto some dull, lifeless Ministry job was certainly not for him.

Due to travel back to England in the March of this year, his parents promptly told him to stay put.

The wizarding community were blighted by the Death Eater's pursuit, and Aster agreed to remain there for the time being. Although worried for his family and friends back in Britain, he was happy to begin practicing quidditch again and get into a few other hobbies. When he returned to the UK in late April, he began tryouts for teams across the country. Surprisingly, the team who took the most interest in him were Puddlemere United.

Although he is only currently a reserve and hasn't played an official game as of yet, he has hopes of succeeding in the new season. His parents are still sceptical that the career will bring success, he knows that one day; he will prove them wrong. 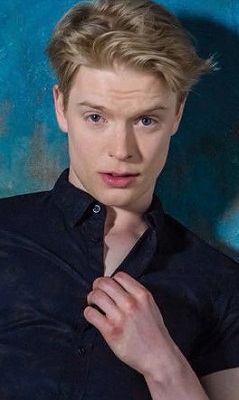