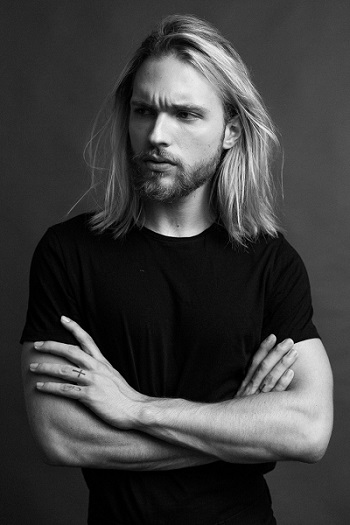 during the battle...
Where were you when the battle commenced on March 19, 2021? Still in Sweden
If you were in Hogsmeade, were you taken captive? No
How were your friends and family affected by it? No

I was like any other teenage boy: way in over my head. Impulsive. Rebellious. I felt invincible, with the rest of my life ahead of me. Getting my school-time girlfriend knocked up was just the icing on the cake for my parents: they started to believe I was a good-for-nothing, and this proved them right. I suggested options to my girlfriend (Lovisa), but she had other ideas. Other silly ideas: like we could be good parents.

I went from feeling on top of the world to trapped under the thumb, with everyone else making decisions for me. During her pregnancy, we both realised we could no longer be together: the only thing we really had in common was our silliness, and even then it was in different ways. So then there was the question of who was going to raise this kid.

My insides writhe in shame when I recall what I had said: we should let someone else deal with it.

I was young, okay? Young and stupid. After the decision was made that my parents would take Olena in as their own, I spent the next few years being miserable. I didn't want this child screaming in the next room, reminding me of the carefree life I could have had. So I went out, with my friends, sometimes without them, and went drinking. I was supposed to be studying for my final year at school, but I completely flunked it.

Then it was time for the intervention. My Dad cornered me, shouted at me; told me I was lazy, dead-beat and needed to start growing up. Mum stuck up for me. Dad shouted at her as well. After all that, he left. And surprisingly, he never returned.

It was my Dad leaving that had me stepping up. I saw Mum struggling with everything, so both me and my sister Leva helped out. I promised Mum and Leva that I'd start studying again, that I was going to make something of myself. I also became closer to my siblings, and particularly close to Olena...

I realised that I loved her, and was disgusted with myself for ever wanting to give her up.

As time has gone on and Olena is getting older, I've spoken to both my Mum and Leva about revealing the truth about her parentage. Part of me thinks she is old enough to know the truth, but the other half - and my parents - believe it should never be said. There will always be that fear that she'll never look at me the same way, and that's what hurts the most.