Into the fray. (open)

alias
Alias
age
Age
sexual orientation
sexual orientation
blood purity
blood purity
occupation
occupation
nickname
Nickname
posts
Posts
points
Points
galleons
galleons
Adult
Permalink
Claudia had heard about the attack in Hogsmeade and she knew that she had to get there and try to help. She didn't buy into this whole one side or the other thing, but she knew that her brothers would be there, they were supposed to meet up. And Dominique wasn't home, so Claudia was worried that she might be there as well. These people who were attacking students and adults in the village alike were the exact thing that she fought against. Maybe they weren't rogue werewolves or anything like that, but they were dangerous none the less. She was shocked by the state that the little village was in when she reached it but didn't let her shock take over. Instead, she looked around for her brothers and Dominique while fighting those in masks and such as she went. What if Adam was here as well? Or Austin? This could be really, really bad! It already was, but if those she cared about were caught up in it then it would be even worse. 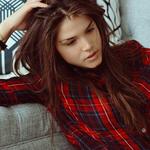