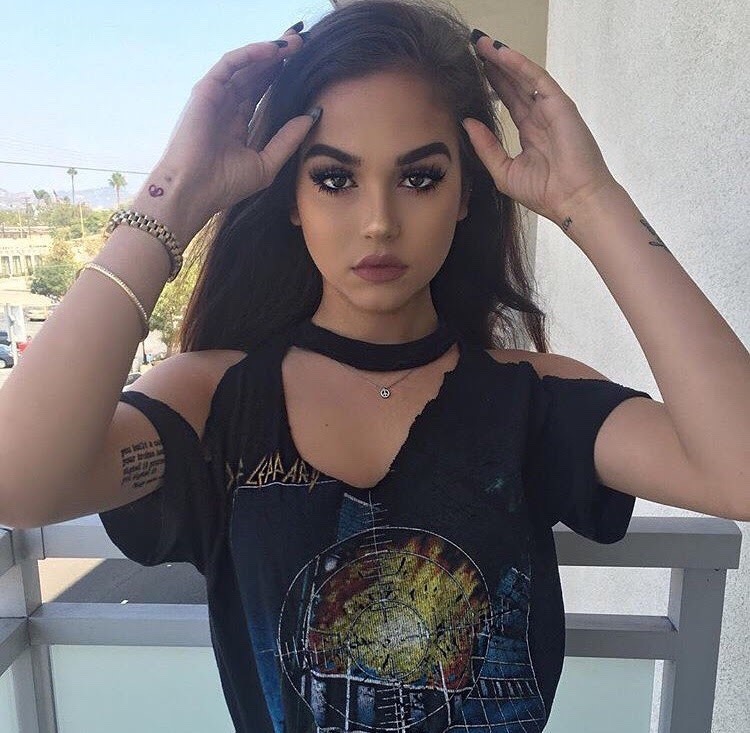 Appearance
Hair Color: Black (though, she has been known to dye it)
Hair Style: It depends, sometimes she wears it shorter, around shoulder length, other times she wears it long. Generally she wears it down but occasionally up in a messy bun.
Eye Color: Brown
Body Type: Slender
Height: 5'4
Other Distinguishing Features: n/a
Clothing Style: It's either all or nothing with Quinn. She either has a kind of grunge style, too big band t-shirts and ripped up jeans, or on the other end of the spectrum she can dress quite provocatively. You never know which you're gonna get. She does know how to dress to impress too, she just usually chooses not to.

The biggest thing about Quinn is that she just can't be bothered to care what anyone else thinks about her. In a family where outward images was always the biggest priority, she was the one who could be seen giving one of the photographers the finger when their parents weren't looking. She has a major case of IDGAF and always has. Or at least, that's how she portrays herself. It's her coping mechanism. If mom and dad weren't going to care about her enough to be there for her through tough times then she wasn't going to let them know that she cared.

Deep down, she does have a soft heart but she has worked for years and years to build up the walls that she hides behind, feigning indifference. She didn't even allow herself to shed a tear when they found out about their father's 'death'. She had been out with friends at the time, getting into trouble. With all that had gone on, she had actually ended up spending a couple of nights in a jail cell with a friend while the chaos went on. It wasn't a serious offense, underage drinking, graffiti-ing a public space. It was something that was easy enough to wipe away once her mother actually learned where she was.

The only thing that Quinn has ever seemed to care about was her music. It was her escape. She always dreamed of being a rockstar. She had the voice for it. And she took the time to learn to play any instrument she could get her hands on. She is hoping to make it big, but working in some bar as a bartender until she can.