alias
Alias
age
Age
sexual orientation
sexual orientation
blood purity
blood purity
occupation
occupation
nickname
Nickname
posts
Posts
points
Points
galleons
galleons
Gryffindor Fifth Year
Permalink
Tilly had been up late getting ready to go to sleep for the night. As much as she hated this job, the perks such as the prefect bathroom were some of her favorites. Although she tended to use the one in her common room, but she needed to do whatever she had too. Tonight she wanted to take a night bath and she was getting out in one of her robes, and trying to do her hair.

She wasn't much for playing with hair, but when she did it. The Gryffindor was determined to make her hair look nice and think about trying to do that. Playing with her hair she heard footsteps she let out a little smirk on her face, and she said. "I thought I'd be alone tonight." not like she was fortunate to ever get that. But this was life and she was done with a lot of things in it. 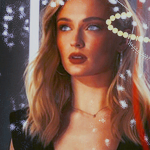 alias
Alias
age
Age
sexual orientation
sexual orientation
blood purity
blood purity
occupation
occupation
nickname
Nickname
posts
Posts
points
Points
galleons
galleons
Ravenclaw Seventh Year
Permalink
One day, she was going to walk into the prefect's bathroom, and Narks would be there. He wouldn't be alone though: he'd be sat in the tub with someone else, gossiping about her. Just like they used to do about everyone else. It would also probably be a girl as well, prettier than her, and more bubbly...

But she was still hoping that he would be in there alone, and they could just carry on like before.

When Faye entered the bathroom, however, it was occupied by someone else that wasn't Narks. She recognised her vaguely as being another prefect in the year below. Wasn't her mum Professor Raywood?

"So did I," She admitted, "Mind if I join?" She wasn't going to turn around and go back the other way now. Narks may still arrive.

alias
Alias
age
Age
sexual orientation
sexual orientation
blood purity
blood purity
occupation
occupation
nickname
Nickname
posts
Posts
points
Points
galleons
galleons
Gryffindor Fifth Year
Permalink
Tilly didn't like to fuck with people's business at all. Although that was hard when people where constantly going to be talking about them. It was really fucking annoying and that was her first thought at the sight of Faye Phiera, and the talk of Ethan and her was annoying.

"Yeah I guess we can't always get what we want, eh?" she chuckled at her response. She really didn't hate Faye, but thought she was stupid for being with Ethan over Narks. As annoying as Narks was with gossip and his secret ass smoke breaks. He was a kid who had a plan, and sure Ethan had one too, but he need not get involved with authority. "While we are here together I suppose you could tell your boyfriend to be less annoying with his music. It's ruining my rock vibe." she sighed.

She just wished he was less annoying.

alias
Alias
age
Age
sexual orientation
sexual orientation
blood purity
blood purity
occupation
occupation
nickname
Nickname
posts
Posts
points
Points
galleons
galleons
Ravenclaw Seventh Year
Permalink
"Your rock vibe," She repeated ominously, stepping behind one of the screened off areas to change from her robes into her swimsuit. Hers was always a one piece. She didn't like bikinis, they always made he feel awkward.

"I think he's quite good with music," She said, lowering herself into the water. "I'm not big on it anyway, but it's interesting that he writes his own stuff I suppose."

She swam to one of the sides, and looked at her.

"Do you know Ethan well, then?"

alias
Alias
age
Age
sexual orientation
sexual orientation
blood purity
blood purity
occupation
occupation
nickname
Nickname
posts
Posts
points
Points
galleons
galleons
Gryffindor Fifth Year
Permalink
Tilly watched as Faye went to get changed, and she crossed her arms. "Yes I like to listen to rock music and when someone loud music plays, it ruins it." she said. Of course they were the same music, but she also had no interest in being kept up at all hours. "It doesn't ruin it. I just wish he'd quiet down." god she had hated it in so many ways right now.

When she heard Faye talk about how he was good, "I mean he's no Steven Tyler or Alice Cooper." she said as she wasn't denying he wasn't good. But she liked to believe he thought too highly of himself, and he had always did stupid things. "I just wish he'd use his common sense and brains just like he uses his music, and it's fucking annoying." she sighed.

No she didn't know Ethan. "I don't really know him. All I know he is Emerald's best friend and really fucking stupid, and you could do a lot better. He needs to get his life in order." she came out. Really hoping Faye did not get too offended by her words. "He's immature."