Who knew that isolation could be a place for a man to get things done?

He had been counting each day as it went by since he was forced into isolation after the woman who turned him told him he’d better off. No one liked a vampire who could attack his family and as much as he loved his family, he needed to find who did this. Every day for the past five years was spent trying to track down his killer.

Or whatever the man who he heard his daughter scream at.

Everyday he wondered if she had made it out alive. The man sat in his little headquarters and took a glance at the window everyday. He wanted to believe this was for their safety and that he was doing his family a favor. Vampires were monsters and he was doing the past couple years trying to track them down. He stood in his headquarters, trying to figure out his next plan of attack until an owl came through the window.

Confusion caused him to glance, “What that?” he asked.

The letter dropped and the owl left. Grabbing it he read it.

You need to come home. 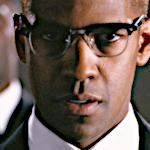