alias
Alias
age
Age
sexual orientation
sexual orientation
blood purity
blood purity
occupation
occupation
nickname
Nickname
posts
Posts
points
Points
galleons
galleons
Hufflepuff Seventh Year
Permalink
This is going to be the Count family, they're royal vampires having been born in the 1600s and are still alive and kicking to this very day. The Count family have been running from vampire hunters who're trying to kill them off and in the 1800s the youngest of the Count clan was murdered by hunters and Kieran blames himself since the two were out the night that the youngest of the clan was killed. It was a hard life for them after that and since then have built up a hatred for all hunters. They took one of their own and they will pay with their lives. 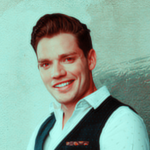