Adam is the middle child of Marcus Flint and his short lived marriage with Pansy Parkinson who divorced not long after his younger sister was born. Therefore his mother wasn’t very much with either of them and it left the kids to be raised with Marcus. Despite this the kids still had a good enough life and their father was forced to leave his old ways behind, or so the kids believe even if his father still did illegal activities.

His Hogwarts years were met with Adam not being the star compared to his brother who was a Quidditch star and Adam was living in his shadow. Although Adam was far more braver than his brother he still was a bit of a goof. For as long as Adam could remember animals played a huge part in his life, and he was known as the nerdy guy in Gryffindor who loved animals. On his first lesson he had with animals, he was always the first to meet them. It was the only class in which Adam was very good at the others being DADA and Herbology.

He was not very popular during his time due to his friends who were always the louds one of the group and Adam was the kind one in the house of hooligans. His brother had it all though and if he had any popularity it was because of his brother. And it was the one thing that his father had liked to remind him of, but also told him that he was gifted, and that he should take pride in that ability and should be proud. It was safe to say Adam and his father were pretty close, but it was no lie that Adam wished his mother was a part of his life.

It wasn’t until Adam’s first year in college at Nilton that his mother decided to contact him after she heard about his trip that he took the summer prior to Canary Island. Unlike his siblings it was Adam who was more willing to let his mother in. Although it was pretty much apparent that she was only doing it, because of his successes. But Adam was going to let his mother in and the two have been trying to improve their relationship. Although Adam is worried that if given the opportunity his mother will walk out of his life.

He isn’t trying to hold hope, but he’s also trying to be a good son. 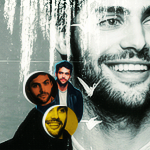