Appearance
Hair Color: Black
Hair Style: Relatively short
Eye Color: Blue
Body Type: Muscular
Height: 6'1
Other Distinguishing Features: n/a
Clothing Style: Prefers to dress in jeans and a t-shirt whenever possible but also is well known to dress very sharply in a suit when he is looking to impress.

It was said by his parents that even as a child, Kane grew up as cold as the day he was born. His birth was marked by an early blizzard that provided unseasonably cold temperatures and nearly whiteout conditions. His parents always gleefully compared him to that day. You see, being that their first child had been sickly and a girl at that, not the heir they had hoped for, they had hoped to have better luck with their second child. So when Kane was born, a strong child from the getgo, they were pleased. He was the golden child, he could do no wrong. Even when more children were born, Kane was the undisputed heir. He took to the trainings of his parents quickly, even from a young age, and had a particular aptitude for the dark arts. He cared about his family but didn't always know how to show as much. There were always appearances to be kept up. He had to be strong at all times.

When in school, he worked hard and got top marks in his classes. He was a prefect and then in turn head boy in his seventh year. He passed his NEWTs with flying colors and was a shoe in to the internship with the Ministry as soon as he had graduated. He had a goal in mind and he worked hard to get there. Even now, he is one of the youngest to ever make it to the position of Obliviator.

Those who know him probably just consider him to be the strong silent type. They wouldn't be wrong. He is an observer. He takes in far more information than he sends out. He is protective of those closest to him, which is really just his siblings, even if he doesn't seem outwardly affectionate towards them. He doesn't draw attention to himself but still manages to be an imposing figure if the need arises. He does know how to hold up appearances, though, and will have 'friends' who he can use, making it seem like they are much closer than they are. Those who are his true friends will probably be like-minded to him, blood purists. But he doesn't go around airing his beliefs. That would get him nowhere. 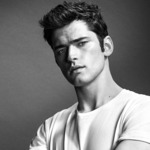