alias
Alias
age
Age
sexual orientation
sexual orientation
blood purity
blood purity
occupation
occupation
nickname
Nickname
posts
Posts
points
Points
galleons
galleons
Hufflepuff Third Year
Permalink
Anelie wanted to take advantage of the new year festivities to make some friends, especially as she didn't really know anybody in Britain other than her entire family that had relocated here. Even though it was rather chilly out, there was a stand selling snow cones. It was the closest she'd get to eating actual snow without the worry of it being contaminated.

Her accent was stronger at certain times, especially as her English wasn't the most fluent.

"We only have grape, blue raspberry, cherry, pina colada, orange, and cotton candy."

Wasn't the most seasonally appropriate of snacks, but at least it would be tasty. She hoped someone else would come to order so she wouldn't feel as weird. 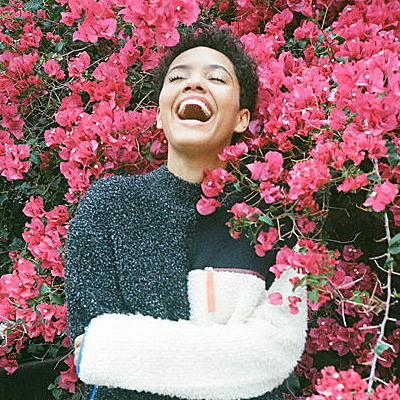 alias
Alias
age
Age
sexual orientation
sexual orientation
blood purity
blood purity
occupation
occupation
nickname
Nickname
posts
Posts
points
Points
galleons
galleons
Slytherin Fourth Year
Permalink
Sapphira was standing by the snow cone stall, slowly licking her cotton candy cone. She had watched this girl place her order in an accent that was almost too thick to make out. Of course she recognised her, as they were in the same year at Hogwarts, but she had never really spoken to her before. Slowly she eyed her up and down, making an analysis that she was a little tragic perhaps and needed some coaching.

"Hello. Is it Anna-Leigh? I'm Sapphira."

She walked to her side, and smiled a rather false smile.

"Have you made any friends at Hogwarts yet? I know you've just transferred last autumn, so it must be difficult for you." 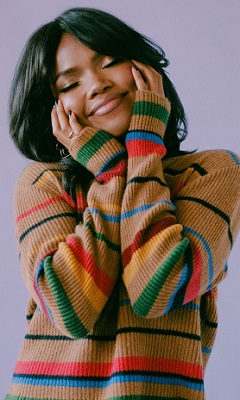 Her clothes looked very fancy. They had to be nice and warm too.

Smirking, she linked her arm with Anelie. Sapphira always wanted to be the first to make friends with new students, as she was under the impression that they'd all start following her around like lap dogs. Well, they should be grateful!

"Your accent is so nice. And you have a really cute, pretty face. Do you fancy any boys yet?" She asked her, giggling.

People got rude in her home country, but it seemed as if it was even more acceptable here to be disrespectful.

alias
Alias
age
Age
sexual orientation
sexual orientation
blood purity
blood purity
occupation
occupation
nickname
Nickname
posts
Posts
points
Points
galleons
galleons
Slytherin Fourth Year
Permalink
“Do you think so?” She said, surprised. “Well they’re all really nice to me, I don’t know why.” That was false modesty. She thought that ‘all the boys’ were nice to her because she was really beautiful and popular, and had nice things. Realistically, not all of them were. She was suffering from a slight delusion there.

“I think Scorpius Malfoy is cute, even if he is completely hopeless and geeky. He’s in the year above us - blond hair and glasses.”

This might be ringing a bell with her, but it might not. She didn’t know how up-to-date Anelie was with the students of the castle.

“James Potter looks nice, but he’s so uncouth and rotten. Louis is dreamy, but he has a poor taste in girls. Also his family are rather unfortunate, so I don’t really associate with them.”

See, she needed direction. Who to talk to, who not to talk to.

Anelie couldn't name any couples at the tip of her tongue.

alias
Alias
age
Age
sexual orientation
sexual orientation
blood purity
blood purity
occupation
occupation
nickname
Nickname
posts
Posts
points
Points
galleons
galleons
Slytherin Fourth Year
Permalink
“Well,” She began excitedly, setting up for a good run of her opinions. “First he went out with Carina Malfoy, Scorpius’s sister. She is really pretty, but she is kind of horrible and snooty.” That said a lot coming from her. Sapphira was probably a lot snootier than Carina. “Now he’s going out with the head girl, and she is heavy, and not so pretty. Also she’s a muggleborn, so.”

She looked at a stall that were selling Pygmy puffs.

“Oh look, how cute! We should get one each in matching colours!”

Anelie looked over at the stall and smiled. Those were cute! She would love to hold one.

Approaching the stall, Sapphira bought her pink pygmy puff. The thought of Anelie going against her didn't bother her as much, because the fluffy thing was so cute! She put it in the palm of her hand, and stroked it fondly.

"We should give them names! It's a shame we're not sharing a dormitory, or they could have all stayed together."

Hm, what would she want to name her pygmy puffs? They were so adorable. Very soft too!

Her accent was quite heavy sometimes. She didn't entirely make out what she was saying.

"I don't know if they're male or female, or even if they have genders. So I'm going to name mine something cute - like Tulip!" How many male Tulips were there, really?

She really needed to work some on her pronunciation, but at least she seemed comprehensible for the most part.