alias
Alias
age
Age
sexual orientation
sexual orientation
blood purity
blood purity
occupation
occupation
nickname
Nickname
posts
Posts
points
Points
galleons
galleons
Gryffindor Seventh Year
Permalink
Chaos had literally broken out in the Great Hall. There were students standing on the tables, students lighting things on fire, students making out with other students they had barely even spoken to before. It was glorious. Amara wasn't feeling anything out of the ordinary but a certain giddiness spread through her just for the pure joy of the chaos that surrounded her. She lived for this! Oh, if only the world could be like this all the time. Things would be so much more fun if they were. She herself moved over to a corner away from some of the others, taking a flask of firewhiskey out of her bag and taking a drink, deciding that if nothing else, she could act like the rest of the fools in here to avoid getting in trouble. When else would she ever have such a chance?

alias
Alias
age
Age
sexual orientation
sexual orientation
blood purity
blood purity
occupation
occupation
nickname
Nickname
posts
Posts
points
Points
galleons
galleons
Ravenclaw Seventh Year
Permalink
Alyn was going to go back to the common room with the younger girl he'd met the other day, but he told her that he was going to check on his siblings first. It was difficult to know what was going on in the fray of it all, and it seemed everyone was stood up and rushing about like a pack of wild animals.

He would be fooling himself if he said he wasn't alarmed by the situation. Perhaps he was even a little afraid. He was sure that it had accumulated to the point where spells were being cast, and that meant he really had to lie low.

As he darted about the place, weaving in between everyone else, he was lucky to spot Amara standing at a corner. She looked at ease. That was reassuring. Still, on approach, he had to ask her in a fluster: "You okay? You're not hurt or anything, are you?" 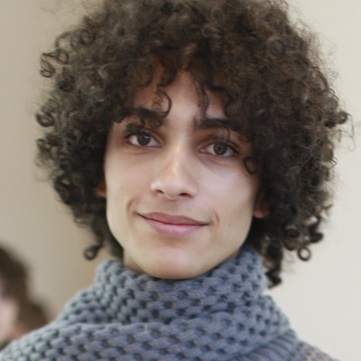 alias
Alias
age
Age
sexual orientation
sexual orientation
blood purity
blood purity
occupation
occupation
nickname
Nickname
posts
Posts
points
Points
galleons
galleons
Gryffindor Seventh Year
Permalink
This was exactly the type of thing that Amara lived for. There would be no hiding the smile on her lips as she watched everything playing out. It seemed that no one had any qualms over what they were doing at this point. And in honesty, it suited Amara quite well. She never saw any point in limiting oneself anyway. It made her dark little heart soar to see everything that was going on.

Then Alyn came into sight. He looked worried, his voice sounding flustered as she threw her arm around her slightly older brother, even if he was taller than her, she did her best. "I'm just fine. This is the best day of my life." She said with a bit of a laugh. One who didn't know Amara well would probably think that she was affected by whatever was going on but someone like Alyn would know, this was just Amara.

At least he knew she wasn't acting abnormally. Abnormal, for her, would be if she was shaken, if she was unsettled by all the bedlam. But as fear seemed to be a foreign thing to her, and she relished in everything thrilling, Alyn was assured of her safety.

He stood against the wall with her, looking outward to the hall.

"Not sure if I'm enjoying it quite as much as you are," He admitted, "It's like my comic strips have just come to life. Still can't actually believe it's all happenin'..."

A doughnut fell at his feet, shot out from nowhere.

"Think even I could go for some of that right now..." He held out his hand for her flask, which he knew was filled with some kind of alcohol.

alias
Alias
age
Age
sexual orientation
sexual orientation
blood purity
blood purity
occupation
occupation
nickname
Nickname
posts
Posts
points
Points
galleons
galleons
Gryffindor Seventh Year
Permalink
She grinned at her brother. This was exactly what she would love to see of the world. How could she ever be bored if things were like this all the time? And if there was one thing that Amara hated almost as much as being ignored, it was being bored. She absolutely abhorred boredom. So, this was amazing in her opinion. She continued to keep her arm slung around her brother's shoulders as she watched the pandemonium that was the Great Hall. "I can't believe it either, but it's glorious!" She said with a laugh. She was enjoying this way too much.

She heard the plop as the doughnut fell at his feet and she nudged it away with the toe of her shoe, crinkling up her nose a bit. "Though, I'm not quite as fond as the food flying through the air." Of course she wouldn't be, she didn't want to be hit with spare morsels.

He then held out his hand for her flask and she grinned like the cat who had eaten the canary. "I never thought you'd ask." Then she handed the flask over with a bit of a flourish.