alias
Alias
age
Age
sexual orientation
sexual orientation
blood purity
blood purity
occupation
occupation
nickname
Nickname
posts
Posts
points
Points
galleons
galleons
Hogwarts Professor
Permalink
This would be Javier’s first full year teaching at Hogwarts and he was looking forward to being able to teach the class how he wanted to rather than following the syllabus that another professor had left behind. Of course, he wished that they could just spend the whole year working with dragons, but that was impossible. So, he at least wanted to be able to spend as much time on as many different creatures as possible that the children either might encounter or that they might be interested in.

For the first lesson, he held the leash to a specially trained Crup. It had taken much work on his part, but he had been able to get it over its aversion to muggles. Though, most of the students would probably think of the canine creature to be just a basic dog, but they would learn soon enough. In a large crate was also a feline-like creature, a Kneazle. He had decided to start things off easily enough with pets that could be kept. Some required the proper permits while others were able to be owned much more easily.

Along with the Crup and Kneazle, he also had an assortment of other magical pets for the students to see and interact with. ”Come, come, students. As many of you know, I’m professor Morais.” He introduced himself. Then he gestured around him to the different pets that were in the little clearing. ”We will be starting off class slowly, around the clearing you will find different creatures that may be kept as pets. Some, like Max here require permits to be kept. Others can be kept by anyone. Can any of you tell me what Max is? And some common characteristics that one might find in his species?” He wanted to get the students involved. He knew that some would not be thrilled with things starting off so tamely, but he thought it best. 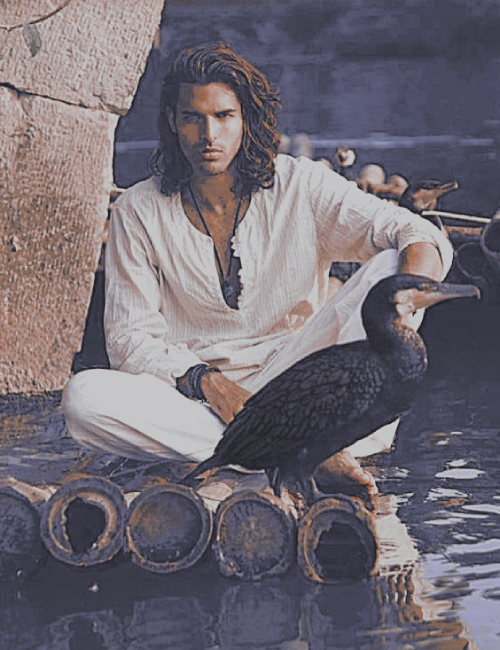 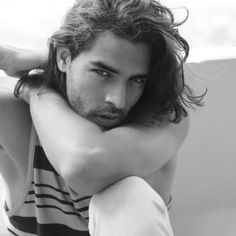 alias
Alias
age
Age
sexual orientation
sexual orientation
blood purity
blood purity
occupation
occupation
nickname
Nickname
posts
Posts
points
Points
galleons
galleons
Death Eater
Permalink
Mackenzie was rather excited for Care of Magical Creatures this semester. She enjoyed the lessons with Professor Morais as he made it fun for them. He was also very easy on the eyes. When he asked if anyone knew what sort of creature he deemed with the name Max was, she raised her hand, "Hes a Crup, sir they resemble a normal dog. Except for the tail. They have forked tails which differentiates them from a normal Jack Russell."

alias
Alias
age
Age
sexual orientation
sexual orientation
blood purity
blood purity
occupation
occupation
nickname
Nickname
posts
Posts
points
Points
galleons
galleons
Hufflepuff Fourth Year
Permalink
Darcy's spider was crawling all over him as he arrived to the spot of the grounds for a class he was really looking forward to; he hoped to get some information about spiders from someone knowledgable as his spider was very peculiar.

"Do crups sometime end up in animal shelters?"

alias
Alias
age
Age
sexual orientation
sexual orientation
blood purity
blood purity
occupation
occupation
nickname
Nickname
posts
Posts
points
Points
galleons
galleons
Hufflepuff Fourth Year
Permalink
Care for Magical Creatures was a class that Marco didn't mind due to the fact that it was about animals, and the animals were for the most part super cool. Or well at least in his mind they were pretty damn cool, and he had made his way and once he got there.

He listened and learned they were learning about crups, and he turned to one boy who asked a question, and he decided to ask. "Aren't they super mean to muggles?"

It's a rumor he heard, alias
Alias
age
Age
sexual orientation
sexual orientation
blood purity
blood purity
occupation
occupation
nickname
Nickname
posts
Posts
points
Points
galleons
galleons
Hogwarts Professor
Permalink
Javier stood with the Crup, waiting for a response to come. He wasn't disappointed when the girl from Hufflepuff responded. She was correct. He hadn't been sure whether the students would be interested in such a mundane class, but the other students seemed content to ask questions about the animals as well. He was pleased. "That's correct, Miss Riddle." He had learned the names of his students, thinking that would make him more likely to be able to relate to them. He then moved on to answer both of the boys' questions. "That is correct, it takes a lot of training and control to keep them from showing extreme aggression towards muggles. Because of this, those who wish to possess one as a pet must obtain the proper permits which helps prevent them from ending up in shelters. Though, I dare say if one would that they would meet an untimely end." He spoke slowly enough that his accent wouldn't throw them off from being able to understand him but not slowly enough that they would think that he questioned their intelligence. "Breeders of Crups are required to have their tails painlessly severed soon after birth so that they do appear as normal dogs." He explained.