The idea of being a royal family who just so happens to hide a massive secret of being magical dating back to the days of Medici. My life was a double life with appearing in public as your average royal family with attending balls and having to trouble around the world. As well living with the idea that my brother would day end up taking the throne, and I would end up having to work in the magical department of our family’s court was a part of my life.

Luckily I was the second youngest, so I didn’t have to deal with all the attention. Therefore my childhood was for the most part a quiet one. I spent most of my childhood running around the grounds and trying to make friends with all the muggle children. All who I found to be really cool and where I met my first crush. A boy who just happened to play Rugby for a youth team who used to teach me all the time how to play.

Although it was a crush that would never happen, because I knew my parents would never accept my sexuality, and I was pretty sure that the kid was straight. Yes I started to figure my sexuality out from a young age, it’s a huge shocker I know. I always knew I was more different than being a wizard whose parents hide their magical side. The only one who knew was my sister who left long before I could ever feel comfortable coming out,

Yes for the first couple years it was a thing that bothered me, and I tried my best to try and figure out why I was that way. My tutor was one of the first who could pick up on it despite my sister being the first one I told about my sexuality. Although unlike my sister, I trusted my tutor more with the idea that I was gay, and was who kept my secret for me. That was until I went off to Hogwarts where my parents just so happened to find my diary, where I would often write about it, and was where I got my first howler.

That’s how the entire school found out that I was gay, and it was one of my most terrible moments due to the embarrassment I felt. It meant the entire world knew, but as cruel as that moment was it would be what I would thank my parents for due to how I slowly started to become myself, and would turn into the person I am today. Although that would change once I found out that once my parents die, I might just find myself kicked out of the family tree, and is in a way a secret I’m hiding from people.

Right now the world sees me as a lovable kid who just happens to be the Prince of France, and very comfortable with his sexuality. All while having a time slot on where I live, and has been residing in Marseilles with my grandmother who is one of the few people willing to accept it, and is trying to find a way to fight for me.

Even if I hope to one day leave royalty. 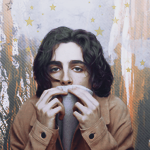