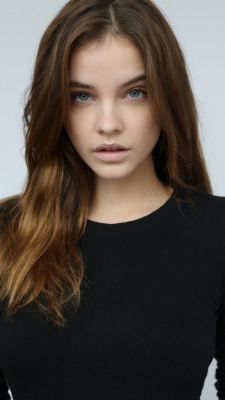 Esmeray Bishop was born on the coldest night the day after Christmas, her father was disappointed because she wasn’t a boy like the doctor had said and instead, his wife had given birth to two girls. Esmeray and Adalyn were as inseparable as twins and after many months of giggles and blowing bubbles from their mouths, their father was completely and utterly wrapped around their finger. Xavier and Aspen Bishop were incredibly rich, a Lord and Lady in fact and they spoiled the young girls with anything and everything. Their mother, Aspen, was incredibly beautiful and would sing to them every night before bed, telling them stories through song on mighty warriors who saved the day.

One day, one unfortunate day after Aspen Bishop sent the children to bed with a promise of a song, she went to go lock the front door of their manor but it was shoved open, death eaters barged in and instantly killed the mother of two. Xavier, having heard the commotion from the girls’ bedroom, used magic to teleport away with the babies. The married couple had enchanted their wedding rings to give them the state of the other, it telling him that his wife had perished down below. As he sobbed, he knew he had to protect his children. He had teleported to the Ministry and begged them to help, that his home had been invaded, his wife killed and while all this happened, his two babies were silent, staring up at them with their opposite eyes.

After all this, Xavier raised them to be Ladies in the public eye but warriors in the shadows. He trained them himself, having been an auror before Aspen and gave them tutors of various martial arts and weapons as well as etiquette and public relations. When they weren’t having lessons, they were training and honing these skills or attending Galas or charity events for their father. They posed as the perfect children, artistic and athletic and articulate. They were trained to be the perfect killing machines, able to infiltrate any scenario and make it their own. They are musicians, artists, historians, excelled in mathematics and science as well as bow and arrow, swords and spears.

First year of Hogwarts, Esmeray continued doing everything her father wanted; having been fighting to be her fathers favourite which began the distance between the twins when Adalyn started wanting to be a normal sister. They let go of their nicknames created by their fighting skills and their bond, the love of norse mythology as well; Muninn and Huginn. They fought throughout their first year and Adalyn spent most of her time exploring different avenues of being. Esmeray just found places to train or the best place to study in the library.

By their second year, they rebonded after people started bullying Adalyn for her eye, no one wanting to bully Esmeray due to seeing her train with magic as well as weapons. For the next few years, when they weren’t within the walls of Hogwarts, they did assignments for their father and got rid of many death eaters from the world. They were a loving family aside from this, constantly having family dinners and polite conversations.

Esmeray was content with their life, imagining herself becoming an auror in the years to come whilst doing assignments in the back but she knows if her past came up, it could mean trouble so she would have to have a more subtle job role. But in the mean time, with her last few years left at Hogwarts, Esmeray knew she would need to make some friends in her final years that weren’t her sister and perhaps mingle them into her social circle. 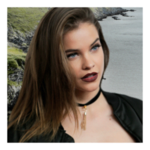