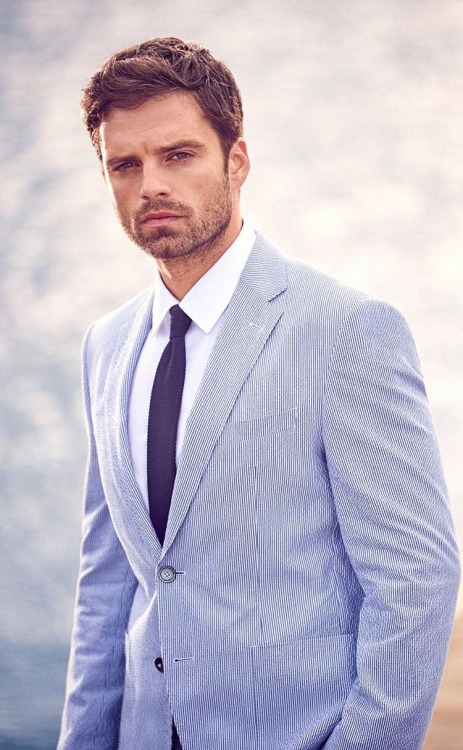 Appearance
Hair Color: Brown
Hair Style: Short around the sides and a bit longer on the top.
Eye Color: Light Blue
Body Type: muscular
Height: 6 foot
Other Distinguishing Features: Scar above right brow.
Clothing Style: Smart Casual, Likes the occasional suit but prefers a simple shirt and jeans. On Day's Off, he will wear sweatpants and nothing else as he spends a lot of his time either drinking or smoking.

Asher was born in the heat of summer, his parents were worried about how the birth would go due to not having had children before. It was a risk as both of them were Vampires. His father was 100 years old but looked around 40 whilst his mother looked mid-30s but was actually nearly 88 years old. Finally, after long hours of screaming and his father pacing, Asher was born. He remembers his father, when he was very young, explaining that it had been the longest time of his life, not knowing if his beloved had survived but with luck, she had and seven years later, his sweet little sister was born. Whilst his father doted on his wife, making sure she was okay, Asher held his little sister in the rocking chair beside the cot and smiled down at her, promising to always care for her. "Calliope," He whispered, stroking her soft cheek and his father agreed, staring down at the baby as well.

Over the years, Asher became Calliope's shadow, in order to protect her and due to them being Vampires was a secret from society, it became easier for Asher to avoid people in general as it was far too much temptation for his blood lust. Whilst he had quite good control of his urges, he always wanted to be careful. Despite being so called monsters, their parents were Pureblood Wizards and Witches leading to their children to be the same. Thanks to the Seven Year Difference with the siblings, Asher had finished Hogwarts when Calliope had just started. But before this, he would help Calliope in his own ways even if it led to a book being magically thrown at his head. They would tease each other endlessly and as cheesy as it was, Calliope was his best friend. They were thick as thieves and always got into trouble but their parents enjoyed their lighthearted behaviour, not wanting them being Vampires to change anything.

One day, when Asher was in this Sixth Year, he received a letter from his mother of something that happened to his little sister and he rushed home, taking a month off of his studies so he could be there for her. It didn't affect his education due to already being the highest of his classes but it affected him mentally and emotionally. He had broken his promise as a child to his little sister to always protect her but when he found out that she had drained a bully of his blood, he became distraught. Not because she had killed someone, but because he hadn't been there for her.

He watched her for that month, when she slept, he would lay beside her and stroke her hair and without his parents knowledge or anyones for that matter, he sneaked outside and had his own fun with the other bullies, having been there when their father oblivated them. The taste of fresh human blood was addicting so he used other means of addiction to curb the need. His go to was alcohol and weed. Returning to Hogwarts, his studies shifted from Ancient Runes, his former top subject to divination. He excelled in this rapidly and all the friends he had before trickled away, noting the difference in the Hemlock boy.

After Hogwarts, he took a lot of time away in different countries, learning different things about either muggle or even wizarding cultures across the world as he believed his sister was safe within the walls of Hogwarts but now that he's 23, having gone to University as well, he decided to return during her final years as the Divination Professor. He wanted this class to not be as boring as his own and more inclusive of other rituals so he brings his classes outside, allowing him the chance to smoke as he teaches and for the students to experience life, not so crowded in the rooms.

Asher Sebastian Hemlock wanted a restart in life, be more of his own person but also be a better person for his sister. He had been on top before but felt knocked down the past few years, whilst his heart barely beat, he wanted to feel alive again.