Born in the hot summer night her mother’s painful cries could be heard from out in the hall, her father pacing as he waited for the softer cries of an infant to finally be heard. It took hours, what felt like days passed in her father’s mind and finally, finally in the dead of night, with only the crickets as the audience a soft cry could be heard from inside the room.

The child was small, she fit in one cradled arm of her father, but when he looked at her it was nothing but joy. Calliope Allis Hemlock was welcomed into the world with loving parents and a brother who was the stereotypical brother, what she would learn along the way that well life dealt her an amazing family. Anything past that would be hardships and lots of control.

Her mother and father were normal age, of course, on the outside, in reality, her father was older than everyone, 100 years and he looked barely 40, her mother looked mid-30s but in reality, was almost 88, of course, this would seem odd to anyone who didn’t know the Hemlock secret. They were vampires, behind the white picket fence and the soccer ball in the front yard, behind the beautiful house with two pleasant and kind children. They were, as the world would see them. Bloodsucking monsters.

Of course alongside this was the magic, their father and mother both magical beings in more than one way. It was obvious when Calliope was very young she would one day attend Hogwarts alongside her brother who was already promised a spot basically. Calliope had made many books fly into her brothers head accidentally, she liked to blame that for why he was such an idiot somedays.

Everyone had that moment don’t they? That major life-changing event? It could be a parent leaving, a new sibling, anything, for Calliope? It was her first time from the vein. Her whole life her parents had given both her and her brother blood bags, always telling them it was the best way they could live.

Calliope hadn’t ever argued with her parents, always agreeing. But one day her local neighbour bully, you know the stereotypical one from the movies, the boy who made fun of you for no reason. Calliope had been playing in the park, she was 9 years old, when accidentally she had fallen from the swing, catching herself without meaning too with her magic some boys had seen her.

Including the dreaded bully, of course they all screamed witch, calling her a freak, and than begun throwing rocks and twigs at her. Calliope had never been one for fighting fire with fire, typically she just made some snarky comment about how they were idiots and walked it off. But they hurt her, and she was fed up. She picked up one of the rocks throwing it back at the boys.

“Would you just leave me alone!” She had thrown it too hard, a thin slice creating itself on the boys face, Calliope could smell it, fresh blood. She twitched and in a moment of lack of control, she ran at him, soon her fangs had come out and she drank him. Relishing in the feeling of the fresh blood dripping down her throat as she guzzled away at him.

She didn’t stop till he was dead, his body falling limp on the ground.

That was the last time Calliope was allowed to play outside again. The other children had their memories erased of that moment, forgetting Calliope even existed. She was told to never drink from another person again, of course, what her parent’s don’t know won’t kill them.

Calliope was sent off to Hogwarts, sorted into her house and among there she made friends who welcomed her, who didn’t see her as a freak but an equal. She loved feeling important, on top, strong, so that’s who she became. She was someone who loved to dominate people, to control them, and oh boy was it fun for her at Hogwarts.

It was fun to be on top, no longer was she the quiet girl, no she was stronger.

Now it was a new year, another chance to show Hogwarts who she truly was.

Calliope Allis Hemlock would not be a weakling anymore. 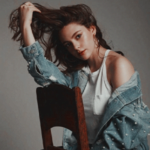