the night before (open)

alias
Alias
age
Age
sexual orientation
sexual orientation
blood purity
blood purity
occupation
occupation
nickname
Nickname
posts
Posts
points
Points
galleons
galleons
University Student
Permalink
Louis had timetabled his revision schedule over the next few weeks, but he had purposefully left the day before his birthday (and the actual day) free. He felt like getting a few drinks and some pub food in Horizont, after buying a few books there that he would need for University.

He was both excited and apprehensive about leaving Hogwarts. The castle felt like home, and he liked being able to see his younger cousins around the school. There had also been a lot of trials to overcome this year, and now they were nearing the end of it he felt exhausted.

Sipping a butterbeer, Louis's thoughts wandered to grievous things. He realised he should probably be happy because it was his birthday tomorrow, but all he could think about were the losses they were faced with this year. Something told him this was merely the beginning, and he wasn't usually pessimistic.

alias
Alias
age
Age
sexual orientation
sexual orientation
blood purity
blood purity
occupation
occupation
nickname
Nickname
posts
Posts
points
Points
galleons
galleons
Shop Owner
Permalink
Sylvain closed up shop early in the evening so he could spend the latter part of the night unwinding through psychedelics. First, however, he needed some sort of sustenance. There were days that he neglected his needs as he got so hyper-fixated on his work. This was one of them.

Damn, was he hungry. There he was in some pub sitting next to another man. He seemed to be younger.

"What has you down? I might have something for that." 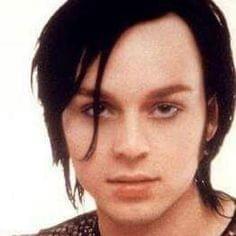