alias
Alias
age
Age
sexual orientation
sexual orientation
blood purity
blood purity
occupation
occupation
nickname
Nickname
posts
Posts
points
Points
galleons
galleons
Gryffindor Sixth Year
Permalink
Nina had been trying to adjust, because the world she knew was slowly turning into Scandinavia. Sure it had felt good to know that the wizarding world was allowing assassins to do her job. She just didn't have a need for Dark Arts, and when they legalized Unforgivables, she was worried.

She had seen enough of that in Durmstrang, and she wasn't about to have England turn into that. You had only killed people who needed it, not just for fun. A code that her parents taught her, and when she had walked along the street, she was nervous.

Keeping alert in case, someone tried to kill her. When she heard rustling the witch turned around, and she said. "Don't make another move, or I will hex you." saying in Russian accent. A girl had to take care of themselves in this world, and she wasn't about to die. 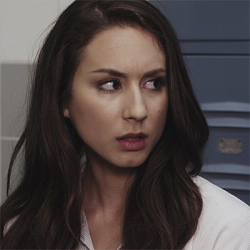 alias
Alias
age
Age
sexual orientation
sexual orientation
blood purity
blood purity
occupation
occupation
nickname
Nickname
posts
Posts
points
Points
galleons
galleons
Adult
Permalink
JT was in Hogsmeade that day and he was instantly regretting it as soon as he did. He didn't know what came over him but he was. As he was walking the streets and in his own little world, he heard a female foreign voice tell someone to stop, only to realize she meant him. Damn, apparently he had been following her in his own minded state. He sighed.

"Look I didn't mean to frighten you, I was in my own head, no need to hex me" he tried to reason with her.

alias
Alias
age
Age
sexual orientation
sexual orientation
blood purity
blood purity
occupation
occupation
nickname
Nickname
posts
Posts
points
Points
galleons
galleons
Gryffindor Sixth Year
Permalink
Lowering her wand just as she saw that the other person was a guy. She sighed, "I apologized I thought you were a murderer or something." before she added, "It's not exactly a safe place." and taking a look to make sure no one else had been watching her. "The name is Nina."

alias
Alias
age
Age
sexual orientation
sexual orientation
blood purity
blood purity
occupation
occupation
nickname
Nickname
posts
Posts
points
Points
galleons
galleons
Adult
Permalink
JT lowered his hands when he looked at the unknown girl standing in front of him. She was kind of pretty but girls like her didn't like guys like him. As he shook his head to reassure her of it being okay. "Well it's quite alright. Nowadays you can never be too careful when it comes to these neck of the woods" he was fine with her trying to kill him.

"Nice to meet you Nina, the name is JT" he introduced.

She had been curious why he had been in this neck of the woods. "What brings you here?" she asked with curiosity.

alias
Alias
age
Age
sexual orientation
sexual orientation
blood purity
blood purity
occupation
occupation
nickname
Nickname
posts
Posts
points
Points
galleons
galleons
Adult
Permalink
JT nodded when she pointed out the obvious that he could be killed for the dumb stunt he had just pulled on the young girl. JT was then asked what brought him here and he simply shrugged. "I got dragged here unfortunately, but then my friend went home with some girl so now I am here all alone and instantly regretting ever coming here with my friend" JT explained. "What brings you here?" He asked.