He hadn't enjoyed writing the letters to either of them, but he wanted them both there. It was a time to put an end to his son's perversions: particularly now, when the Death Eaters were steadily grasping their control of the Ministry.

He'd paid the restaurant manager to close for the afternoon. The place was rented out for a 'private function', but Theodore only had two attendees. The first was his son, the second was Darren Parker: a supposed professor of defensive magic at Hogwarts. The interior wasn't at all intimidating: just the regular tables laid out, and Theodore was sat at one of them with wine.

The staff were dismissed. He didn't need them to be there for any longer. 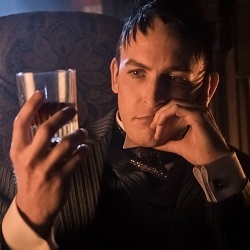 alias
Alias
age
Age
sexual orientation
sexual orientation
blood purity
blood purity
occupation
occupation
nickname
Nickname
posts
Posts
points
Points
galleons
galleons
Hogwarts Professor
Permalink
Darren was a bit skeptical of Theodore's invitation for lunch. But he didn't want to upset Atticus, so he had accepted. As he arrived at the restaurant, he saw that Atticus was not there yet. He walked to the table where Theodore sat and sat across from him, "Should I even bother with trying to be nice?"

alias
Alias
age
Age
sexual orientation
sexual orientation
blood purity
blood purity
occupation
occupation
nickname
Nickname
posts
Posts
points
Points
galleons
galleons
Guest
Permalink
Atticus was hopeful that his father really did want to make amends, however he highly doubted it and figured his father had something up his sleeve. The boy however thought he would give his father the benefit of the doubt, and walked into the restaurant to only see his father and Darren there.

That seemed really odd that his father would book an entire restaurant for this meeting, so he just hoped that it was a slow day. "Father, Professor Parker," he greeted the two other occupants before taking Darren's hand, he did not care any more who saw them his father already knew they were a couple so what did it matter.

He didn't like him. Not only that, he abhorred his very existence. This was clearly evident in his expression. Theodore took a sip of wine, not taking his eyes off the young teacher. When Atticus took his seat and proceeded to hold hands with the man, Theodore brought out his wand immediately and sent sparks between them so their hands would separate immediately.

"I won't start with courtesy, I have a very simple demand."

He ignored his son completely for the time being.

"Resign from your teaching post immediately, or I will see that you are thrown out and subjected to indefinite unemployment."

alias
Alias
age
Age
sexual orientation
sexual orientation
blood purity
blood purity
occupation
occupation
nickname
Nickname
posts
Posts
points
Points
galleons
galleons
Hogwarts Professor
Permalink
Darren ignored Theodore's comment and smiled when he saw Atticus. As he sat beside him, he leaned over to kiss the others cheek. However, his smile turned into a glare when Theodore separated them. But he couldn't help but laugh at the older man's demands, "You must be mental if you think I would do that." He took Atticus' hand in his once more and narrowed his gaze at Theodore.