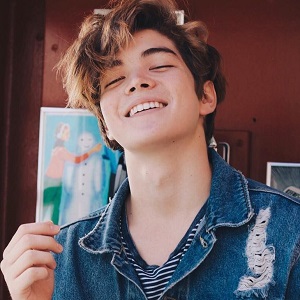 Personality
Unlike the majority of his family, Keir is a free spirit. A perfect day for him would be spent in a woodland or an open field with plenty of room for him to run about and perform various gymnastics. He is absolutely fascinated with birds and wildlife; often going to extreme lengths to get up close and personal with them in their habitats. In addition to that, Keir has the coveted ability to memorise all that he's seen and be able to recall it in a painting. In a sense he has a very even and patient temperament regarding his creative pursuits, but often spikes in energy and drags others along to experience the outdoors with him.

Keir likes to find creative solutions to problems and is very curious about the world, its turbulence and the inner workings of others. He likes to know exactly how magic works. As a person he's certainly not shy and perhaps seen as a little cheeky, definitely playful and full of love for life and its adventure.

History
Keir is the youngest of seven, of the prestigious MacGregor family. Schooling before Hogwarts was very much based around a biased wizarding history, where the purebloods were heralded and the unworthy denounced. During these dictations Keir often found his eyes wandering to the world outside the window, and the connections he held with every human being. Every human being liked to feel alive. They liked the feel of sun on their skin, or the sound of rain pattering against the window, or the song of birds when they arose around dawn. He saw so many connections he had with everyone else, that he simply could not follow along with his parents' teachings.

One could say that Keir's fatal flaw is that he loves his siblings dearly. Despite their attachment to pureblood supremacy; Keir likes to keep up appearances for their sake. He has come to learn, especially since attending Hogwarts, that he is just the same as everyone else no matter what their heritage.

So what does he do? Indulge in his hobbies but keep out of the limelight. When he finds himself alone, he often fears the repercussions. Although he is not the heir of the family legacy; there are still things expected of him. Sometimes he engages in 'shows' under the agreement of his friends who are not pureblood, so as to continue his facade. But how long will that last?