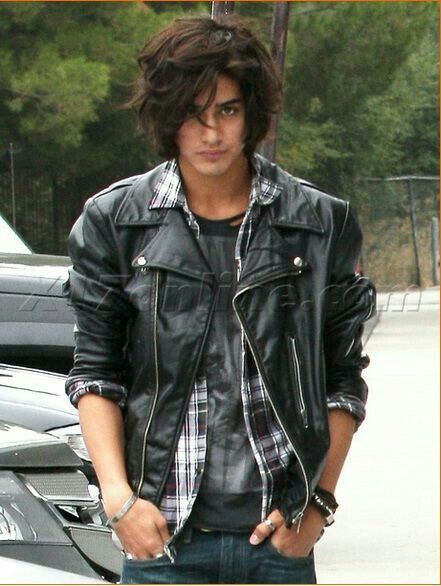 Appearance
Hair Color: Black
Hair Style: shoulder length and curly
Eye Color: Dark Brown
Body Type: Slim and muscular
Height: 5'11
Other Distinguishing Features: Russian Crest tattooed on on his left forearm
Clothing Style: Normally Vlad would be found in jeans, a t-shirt and a plaid long sleeve shirt. He also would occasionally be found in suits if he has to attend a royal affair.

Personality
Vladimir rarely will do anything without thinking it through first, he was taught that you had to think of both sides to every puzzle or situation. He strives to do his best in everything that he does, and has high ambitions to rule the great country of Russia one day and possibly break tradition and have someone of the same sex at his side, if that would be in his fate. He is also very loyal to those who are his friends and will do anything to protect them even if it meant that he had to give up his own life. Vlad also usually seeks solitude so that he can play his guitar and sing when he is faced with a difficult decision, as it finds that it helps clear his head making it easier to see both sides of what he needs to decide.

History
My life was never private, as I was the promised son, and the one who would eventually rule the great country of Russia. From a young age I was already being groomed, and would sit in on royal meetings, even if I would rather being playing with my friends, my father felt it was best that I got to know what it meant to be king over play time. When I was seven I started at Mahoutokoro and had a foster family in Japan where I would spend the night until I turned eleven and was able to board at the school. I always had top marks and was granted an offer to be a transfer student at Hogwarts.

After discussing it with my parents they both agreed that it would be best for me to transfer schools, as it could help with Russia's relationship with the United Kingdom, and my father thought that it would be very wise. So Christmas 2020 I packed my bags and moved to London and settled into my dorm, which was a lot smaller than I was used to, and there is the one thing that concerns me roommates, I am used to having my own room and space so this is going totally new for me but I am also excited to see what will happen in this next chapter of my life.