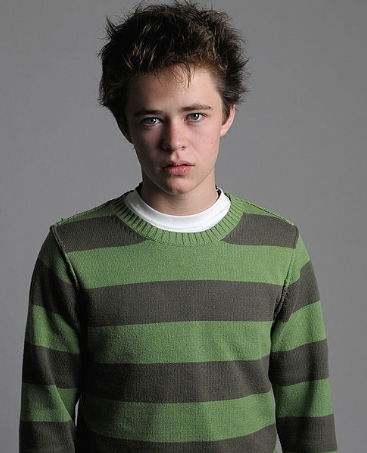 Personality
Wade is a sensitive boy, but is highly defensive about it. If anyone makes an attempt to criticise him, he meets them with anger and abhorrance. He hides away a lot of his secret joys and passions, feeling as though some of his interests make him peculiar to his gender; but he doesn't realise that not everyone feels that way. Wade tends to have the idea that others are out to get him, and because of that he hasn't formed very many friendships. He prefers to scare and threaten people than to actually be himself. But, there are an odd few people who he has made a good connection with since coming to Hogwarts, and slowly but surely he's learning to love himself.

History
Wade is the only child of an American father and a British mother. His Dad worked for Chevrolet and spent a lot of time abroad, mainly in Europe; where he came across the charming little harbour of Falmouth and didn't want to leave. While dealing in Britain, Wade's Dad decided to buy property in Falmouth and have a housekeeper to tend it while he was back in Detroit. Several years later, he married that housekeeper - Wade's mother.

Around ten years ago, his Dad was put out of work following an accident, and since then has struggled to return to working full time. All Wade ever remembered was his Mum working. She owned a material and haberdashery shop in the outskirts of town and although business was good, it never really seemed enough.

As a child, Wade always loved being around the fabrics and the bits and pieces of the shop. His Mum taught him to knit and stitch, but it was only really when he got into junior school that he saw a problem in that. No matter how much he had a knack for it, Wade couldn't tell the other kids in his class. They had already made fun of another boy for wearing a kilt on non-uniform day to showcase his Scottish heritage...

He hated how mindlessly cruel people were sometimes.

He also hated most of the idiots at his school...

But, fortunately, he found out quite early on that he was special. He could make a lot of things disappear into thin air, for example, like the people's trousers. He also found that mathematical problems solved themselves on his homework sheets. When the loudmouth boys pushed everyone else out of the showers after swim class, the water pressure suddenly accelerated and the temperature plummeted.

When he found out he was a wizard, he was glad to get away from muggle school. He may not be the brightest, but magic made more sense to him than literature or maths...