Appearance
Hair Color: Blonde
Hair Style: Long and Wavy
Eye Color: Blue
Body Type: Skinny and Rather Toned
Height: 5.5
Other Distinguishing Features: She has a tattoo on her back dedicated to her step father and has scars from training growing up.
Clothing Style: She’s known to wear black ripped jeans, tank tops, and jackets. Also rather revealing clothes when she’s training.

Sage who was raised to become an assassin. She’s loyal to those whom she cares about and has a heart to see justice given to the people who wronged her. This is something that often gets her in trouble because she’s bad to the extent she’ll defy anyone just to make sure that she gets her justice and revenge.

As reckless she may be, she’s smart and quick to react. Often using this as a tool of manipulating people to her advantage. Good at reading people, she was raised to eye all that people did. She knows someone’s greatest weakness. She’s also very proud and isn’t afraid to tell people just how proud she is be the daughter of assassins.

Not one to follow authority, she likes to play by her own rules and anyone who hurts those she love can expect her to go after you.

I never knew my father growing up and had learned from a young age, that I was a product of a drunken one night. My mother had still had been in Hogwarts when I was conceived and left before telling my father. All I know was that my father had been a dick, and my mum was not a fan of me asking about about him.

Born in secret due to my mother’s family fear of everyone knowing that their daughter had a  baby out of wedlock. I moved to Norway not long after I was born, and had went to live with friends of my mother. Who just so happened to be a group of assassins, because apparently my mother came from a line of assassins. And just so happened to be training to become one but had to put in on hold due to her pregnancy and it didn’t take long for my mom to get back to work. Due to this I was raised from a young age the way of being an assassin. A job I take pride in and wanted to make my mother proud who did everything to raise me. My mother would soon marry the man who I grew up knowing as my father, and to me is my father because he raised me like his own.

This marriage would end up producing my three younger siblings. All who like me were raised to become assassins. When I turned 11, I received my enrollment into Durmstrang. And for my schooling I went there and had found a lot of joy in how the school centered around the idea of weapons and I knew from a young age the idea of Dark Arts. Something I did not care for much, and only liked the weapon and militarylike structure that came with Durmstrang.

When I was about fifteen I had began to ask and wonder, and despite my mum not wanting to tell him who my biological father was. Even though I wanted nothing more than to hate and not care much for him. I still wanted to know and after much persistence. My mum told me just who my father and that he had been a dick named Cormac McLaggen who had been the worst part of his house. And that I shouldn’t bother tracking him down because he wasn’t worth it. And I didn’t blame her because my dad had been the man my mother had married and that was that.

My life changed after graduating when the man I had called my father was killed by a dark wizard who had wanted to make him pay for killing someone he cared about. I was broken because I loved that man and it hurt me to see my mother in pain. But I had to follow in my family’s footsteps. And when I was 19, I became an assassin. The death of my step father made me want to get revenge on who killed him.

And recently after years of searching I found a lead in England. I immediately left my family’s assassins business. And applied to work for an assassin company in England. It didn’t take long until left for the United Kingdom and began my quest to get justice for my step father and avoid meeting my real father. As I’m only here for one job and that is getting revenge. 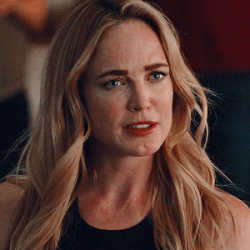