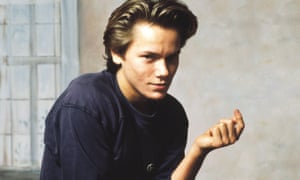 Personality
Cairo is fearless, when it comes to his hobby of surfing and anything that he does, he likes to live on the edge. He is very chivalrous and will give his jacket to a lady if he notices that she is cold, he was taught that one should always put a lady first even if he doesn't know what his sexuality is. He does tend to have a very short temper and is often seen fuming if he loses a competition or if something did not go according to plan.

While surfing Cairo tends to go for the most dangerous waves, as he likes to test his limits and his courage. Cairo is focused on one thing and that is getting the best waves no matter what the cost to him or his team. He often makes his mother nervous with the risks he takes while on the board.

History
I actually never wanted to attend Hogwarts, it was only at my mother's wish that I went, when I would have preferred to go to a muggle school or to be home schooled. Hogwarts however did teach me more about myself than I would have ever expected, it also taught me about an entire world of magic I did not know about, you see although I am considered to be a pureblood wizard my parents preferred to live in what wizards would call the muggle world. So you can see at that at the age of eleven I wanted to continue to go to school with my peers and not go to a school that I had no idea even existed.

In my fifth year my family moved near the coast of Scotland, and it was there that I felt my first  rush while on a wave, it was there that I realized I was destined to be a surfer. I began to train my body and changed my diet, to that of what my idols of the sport ate, I became a vegan to be honest it was the best decision that I made as I feel better and have more energy. When I was not at school I would spend the day on the beach watching others surf and trying some waves myself, in the winter I would watch tapes of surf competitions, I was obsessed.

Sixth year a year of firsts, I got my first detention for not paying attention, I learned that Hogwarts did not have many options for vegans and ended up in the hospital wing for not eating, after that I added fish into my diet but refused to eat any other meat. I also failed my first test due to lack of concentration on the subject. This year was going to haunt me for the rest of life, and also be a pivotal point in my life as it proved that I was not fit to be a wizard. I tried at the end of the year to persuade my mother not to send me back for year seven but she was having none of that and told me it would be good for me, all I wanted to do was surf.