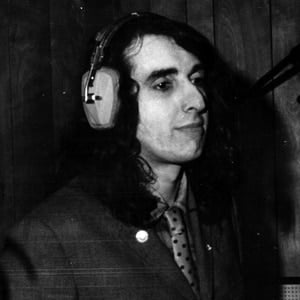 Personality
Bill has always been considered a bit of a weird man with a kind heart. He's always held a love for historic preservation and tropical climates. Bill is also very business savvy and knows how to appeal to the right audience, especially with an excellent marketing team on his side. He could also be considered rather pure due to his views regarding darker magics and the people who use them. Knowing what he wants in life, he always pushes himself to find fulfillment while also doing something he loves. Bill is an optimist always trying to see the best in every situation.

"Finny here on the Wireless! On this summer solstice 2020, we have a very special guest on our show today. Mr. William Harris who we know as Aloha Bill! We were given this exclusive opportunity to know the man behind the top local vacation destination Blackrock Seafront!"

"Aloha, Mister Finn! Must I say, it's a pleasure to be here with you and everyone listening on this oh so wondrous day."

"Aloha to you too, Bill!" There was a clear awkwardness in his voice saying that. He never spoke Hawaiian before. "We're going to start by asking you to introduce yourself to all the listeners who might not have heard of you."

"I'm Aloha Bill born William Montgomery Harris in the astonishingly beautiful Honolulu. I was raised in such a beautiful state known as Hawaii. I was fortunate to grow up being able to go to the beach and have fun in the ocean at any time with my friends and family. There were a few occasions like hurricanes where it was impossible." He paused to take a sip of the complementary water. "I founded the beach Blackrock Seafront along with its staple tiki bar Wiki Wiki Shack nearly 5 years ago. Can you believe it's been that long?"

"What inspired you to create Blackrock? It was once an abandoned industrial town."

"When I decided to take the plunge by moving to the other side of the world, I noticed that England, though it had its sunny days, was much gloomier than my home state. There wasn't as much joy to be found. It certainly didn't help that Brexit was everywhere in the news. It depressed me. I came across Blackrock during one of my travels when I briefly lived as a nomad. I couldn't shake off this inner voice telling me to make something of the location."

"I talked to my parents about it, and they encouraged me to do whatever I could to rejuvenate it. I was awfully homesick, but I couldn't just leave a place I barely had my footsteps in. Then, it just came to me. I was going to bring home to this ghost town known as Blackrock."

"How exactly did you manage to turn Blackrock from modern ruins to a tropical island?"

"For starters, I met up with a team of investors my ideas as I noticed the wizarding world here didn't exactly have a major tourism market that was local. If anything, the tourism marker drove them outside Britain. I gave a presentation of my hopes and vision for the vacation destination with my home island, Hawaii, as a guiding tool, a reference, for what I had in mind. I was fortunate that they loved the idea and would provide me with the financial and magical resources I needed to turn it into a beach island of sorts with a tropical climate. It was my choice to always have it be in summer with the perfect weather, and the occasional rain and storm of course, so that families and all sorts of people can enjoy time at the beach no matter the time of year."

"How did you come up with the concept for Wiki Wiki Shack?"

"Well, in the early to mid-20th century, there was a trend for novelty restaurants and one of them happened to be tiki culture. It was taking inspiration from Polynesian culture in a manner that was appetizing to the Americans. It has its criticisms when seen through a modern lens, but I decided it'd be a good way to introduce the wizarding peoples of Britain to some of the foods I've grown up with that, maybe, they're not familiar with."

"It's also as if I'm practicing retroism as I particularly decided to go with the mid-century tiki motifs. I found them to be the most immersive of all the tiki culture waves over the near-century since it began. With it being something different, both my investors and I figured this was a risk worth taking. I'm happy to say that it worked out. If it didn't? That's something I don't want to think about."

"What are the other highlights of Blackrock Seafront?"

"One of my favorites has to be Hornswaggle Pier! One of my American friends got the idea from visiting a few beaches on the east coast such as Ocean City, Maryland. There were also comments that the No-Majs had quite a few amusement parks of their own, but not really about us wizarding folk. It has rides for every age group from thrilling rollercoasters to merry-go-rounds."

"I remember being there when it opened. I smiled plenty that day!"

"Surfing has also become increasingly popular among the current generation's youth. I'm not sure if it'll ever compete in popularity with Quidditch, but it deserves a mention."

"I'm sorry to interrupt you, but the allotted time for the interview is almost up. It was an honor to be able to talk to you today. Any listeners planning a vacation last minute? Blackrock Seafront has any and everything you and your family may want to do from jet-skiing to scuba diving. Make your plans and reservations today, and you can save Galleons by mentioning you heard Finny on the Wireless!"