alias
Alias
age
Age
sexual orientation
sexual orientation
blood purity
blood purity
occupation
occupation
nickname
Nickname
posts
Posts
points
Points
galleons
galleons
Ravenclaw Seventh Year
Permalink
Blake had been sitting in one of the chairs that had been in the Ravenclaw common room. He was reading a book that was related to the Cold War. It had been one of his favorite topics in history, and the Ravenclaw enjoyed reading those type of books. Then again he wondered just how they managed to do all they did back then, and how they got away with it.

He had been paying vague attention to all that was around him, and when he heard footsteps. The Ravenclaw gave out a smirk. "Not very discreet are you?" he had asked looking in his book. 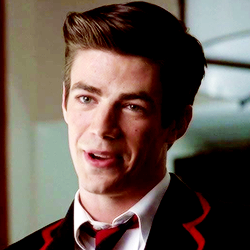 "I think all that reading is making you paranoid," She laughed, noticing what he was reading about. "Did you think I was a commie?"

Rounding the chair where he sat, she stood in front of him, smiling.

"Is that for muggle studies?" She asked, nodding at the book.

alias
Alias
age
Age
sexual orientation
sexual orientation
blood purity
blood purity
occupation
occupation
nickname
Nickname
posts
Posts
points
Points
galleons
galleons
Ravenclaw Seventh Year
Permalink
Blake smirked when he heard Faye’s voice, and chuckled at her comment, “I’d say this school in general made me paranoid. But I’d rather here than dealing with a fucked up dad.” he said reading his book. He knew it could come off as rude but he didn’t mind despite loving Faye. “I did think you were a little prick trying to be cool.” he said giving Faye a look.

Watching as Faye went in front of him, he rolled his eyes, and he said. “Not it is kind for Espionage, but you could say Muggle Studies.” he said with a smirk. “Best time in history if I must say so myself,” he said looking at her.

“What are you up to tonight?” he asked with an raised brow.

A little prick trying to be cool, indeed. Hah.

She sat down opposite him. "Oh yeah? Why's that? I can't say I really know too much about it." History wasn't really her strong point, unless it was Irish history. That was drilled into her in her youth, but she didn't really like to talk about her Irish roots.

"Purposefully prolonging the time before I have to go up to the dormitory," She explained, sighing. "Parkinson is okay I suppose. Then there's Jenna Bishop, who I don't think actually has a social life, and the lesbians. Lestrange and Kenzie. Don't get me started on them." Why couldn't she have a normal dormitory?

alias
Alias
age
Age
sexual orientation
sexual orientation
blood purity
blood purity
occupation
occupation
nickname
Nickname
posts
Posts
points
Points
galleons
galleons
Ravenclaw Seventh Year
Permalink
Blake chucked at her response about the modern commie, “Oh I guess we are comrades, with being the only decent minded Ravenclaws.” he said looking around the common room, “Why can’t Ravenclaw be as selective as Slytherin with the smart kids that it brought into the house?” he asked with an eyebrow raised.

When Faye mentioned she was purposely prolonging the time until she went up to the dorm, and he said. “Can’t say I blame you there, you got quite the variety.” he said with a tiny chuckle, and when she stated them all the names made him cringe, and the name Jenna came up, “You’d be shocked with Jenna, would it shock you if I told you that she’s quite good in bed?” he said giving her a look. He hated Jenna but that girl was more than she let on, “Oh the lesbians? I mean I bet they are all over each other. Have they ever slept with each other in the beds?” he asked raising an eyebrow at the curiosity always wondering what couples in the same house did.