the place where the shady lie (persephone)

alias
Alias
age
Age
sexual orientation
sexual orientation
blood purity
blood purity
occupation
occupation
nickname
Nickname
posts
Posts
points
Points
galleons
galleons
Adult
Permalink
Maddie hadn't been one to venture into Knockturn Alley, because she never been one for the dark arts. She knew it was famous for shady deals, and she prepared her shady deals to be done with her fellow students, and she wouldn't let her daughter go into the alleyway either. But today she was in a snooping around mood, and was planning on seeing what it was all about. She had been there a few times prior and to say the least it wasn't her place. But she also had been curious, so she was walking around and doing what she could, and as she walking. Someone ran into her, and she said. "Do you fucking mind?" she spatted. Not caring who it was.

The people here were shady, to say the least. 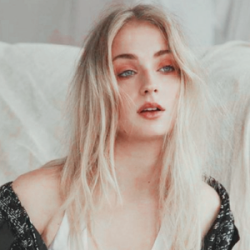 alias
Alias
age
Age
sexual orientation
sexual orientation
blood purity
blood purity
occupation
occupation
nickname
Nickname
posts
Posts
points
Points
galleons
galleons
Death Eater
Permalink
Persephone had just came back from her doctor's appointment, apparently all looked healthy and what not, it was a good thing though because her child deserved to be healthy for this world. As she was walking she bumped into someone and that person had an attitude problem. Sephy rubbed her stomach for a few seconds to calm her baby down before looking at the blonde.

"You ran into me so do you fucking mind, people are trying to walk here and don't have time for a blonde airhead like yourself to be sight seeing. It's Knockturn Alley, nothing really going on around here but illegal sellings" Persephone rolled her eyes.

alias
Alias
age
Age
sexual orientation
sexual orientation
blood purity
blood purity
occupation
occupation
nickname
Nickname
posts
Posts
points
Points
galleons
galleons
Adult
Permalink
Madison knew she was a bitch, and for awhile she held the spot of being a bitch at Hogwarts until she got expelled. So when she had her little girl she became more mature, but she still was a bitch, one could say even more. So the witch gave a look to the woman who fought back and she said. “Excuse me? I didn’t do it on purpose, but maybe I should have it.” she said giving her a glare. And when she called her an airhead, she glared, “I’m not an airhead the airheads are people like you who just stroll in this place when all you do it commit shady fucking deals her. And no shit, it’s why I don’t fucking come here.” she said giving her an evil look on her face.

alias
Alias
age
Age
sexual orientation
sexual orientation
blood purity
blood purity
occupation
occupation
nickname
Nickname
posts
Posts
points
Points
galleons
galleons
Death Eater
Permalink
Oh this bitch was not going to get away with being like this to her, especially to her of all people. Persephone gave her a nasty bitch glare herself, the red head was not one to mess with especially when provoked. "Then why don't you take your pink prissy blonde dumbass self out of here before you really get a side you don't want. You're nothing but a little girl acting like a tough bitch but sweetheart these are my streets and my people so lets see what happens when you provoke a pregnant woman in a street you just insulted" Sephy continued to glare.

alias
Alias
age
Age
sexual orientation
sexual orientation
blood purity
blood purity
occupation
occupation
nickname
Nickname
posts
Posts
points
Points
galleons
galleons
Adult
Permalink
Even though she had a kid Madison still was a complete bitch. This woman need not tempt her in the slightest. She could be cruel and she got closer to the girl, “Oh I don’t give up a fight easily, sweetheart. I also learned a long ass time ago I’m the real bitch. You dark arts practitioners truly have nothing on me.” she said giving a dark smirk.

Laughing at her words about these streets being hers, “Oh these streets are yours? How very delightful, it’s just perfect for you. It is a shame that the Ministry won’t do jackshit to get you out of her. Let me guess you support the Death Eaters don’t you?” she asked with curiosity as she looked in disgust. Then laughing at her being a pregnant woman, “It’s sad knowing I’m not the only mother skulking in Knockturn Alley, do you intend to raise your kid as another purist to plague this world with?” she asked as she got nearer. How dare a mother run off too Knockturn Alley.

alias
Alias
age
Age
sexual orientation
sexual orientation
blood purity
blood purity
occupation
occupation
nickname
Nickname
posts
Posts
points
Points
galleons
galleons
Death Eater
Permalink
The red head looked at the blonde in front of her and couldn't help but chuckle darkly. "Let me just tell you sweetheart, I created the title Bitch because you're looking at the Original bitch to ever walk this damn earth and if you keep pushing the damn buttons I have no problem in showing you just how bitchy I can get" Persephone spat in her face.

The red head smirked when she talked about the ministry. "The ministry isn't worth shit, they can all perish for all I care and as for your comment I am a death eater so think of how many people I have on my side and how alone you'll feel after I'm done with your blonde haired ass" Persephone looked her over in disgust. Sephy chuckled and before looking at her with all seriousness. "Keep opening your mouth you little bitch and your kid will end up a fucking orphan when I'm done and as for my child well I'd rather he/she end up not being a spiny and gutless person like yourself" Sephy simply shrugged.

alias
Alias
age
Age
sexual orientation
sexual orientation
blood purity
blood purity
occupation
occupation
nickname
Nickname
posts
Posts
points
Points
galleons
galleons
Adult
Permalink
Madison wanted to think that she was a better mother than this girl could ever be, and when she spoke about being the real bitch. "You probably were, but during my time at Hogwarts. I was the queen and now that I am a mother to a daughter. Your looking at whole new queen." she smirked. This girl didn't want to bring out the Hogwarts bitch of Madison. She destroyed countless lives, and she didn't mind adding this one to her list of destroyed lives. Maybe she'd do her child a favor.

Although she knew she needed to change.

"The Ministry will be fine, and I promise you. When the Death Eaters are gone, your going to find yourself skulking in Azkaban. Now is that a path you want you put yourself on being a mother." she said bitterly, if one thing mom's could agree on. It's a life for their kids, that they didn't have.

She had felt bad, but part of her wanted to see this child grow up happy. When she mentioned that she'd make her child a orphan, "You put a hand on my daughter or myself, I'll make you pay. And as for making your daughter a gutless child. Are you sure being a death eater, makes you even better of a mom, just think of your's daughter's future." she said darkly.

alias
Alias
age
Age
sexual orientation
sexual orientation
blood purity
blood purity
occupation
occupation
nickname
Nickname
posts
Posts
points
Points
galleons
galleons
Death Eater
Permalink
Sephy wanted nothing more then to make this blonde bitch disappear, oh how she was going to have to put in a few words with her death eater buddies to see what they could do. "You may be a Queen, but I am thee Queen and always will be honey, I am older and wiser then you, you're nothing more then a little girl who acts like the world worships her when really the world wants you to leave them the hell alone and go somewhere with your disgusting soul" Sephy didn't care if she was being harsh but the blonde was pushing buttons that shouldn't be pushed.

Sephy laughed darkly. "Coming from the teenage whore, I mean, do you even know the father of your child? You seem like the type of girl who sleeps around and acts like guys love you but really they only want one thing and you definitely dress like you give it away very easily" yup, Persephone went there.

"Who said I was having a daughter? I said he/she, could be either but as for laying a hand on one of you, good luck" Sephy smirked.