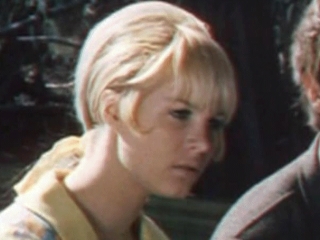 
Personality
With quite the kind nature, Penny isn't the type to say or wish bad about anybody. She's never been the type to hate - it's a foreign concept to her and one she considers an unnatural state of mind. Penny is also a hard worker, mainly to compensate with who her mother is; she loves her dearly, but just wishes to be seen as her own person. She is innocent at heart lacking the yearning towards more sinful activities. Her most treasured value, other than peace, is equality as she is of the belief everyone should be at an equal level in life. Penny also likes helping others in need whenever she has the chance not one to expect anything in return.


History
As Rita Skeeter's only child, she was born relatively late in her mother's life. Penny saw a different side to Rita than the general public knew - kind, nurturing, maternal, loving. She had been sheltered from the more hateful point of view the public saw her mother as; Rita was afraid of making some of the same mistakes her parents did now that she finally had the chance to be a mother.

Since she began school at Hogwarts, Penny hasn't received the best treatment from some of her classmates simply due to who her mother is. However, she began using it as a motivator to work hard and create a reputation for herself. She also wanted to use it as an opportunity to show others how good of a person her mother is in her eyes. No matter what, she is determined to start her post-Hogwarts career on the right footing.