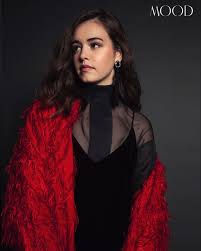 Personality
If Lili was being honest with you, she would tell you that she is a corruptor, appear nice and innocent on the outside, but slowly pull out deeper, darker, and generally looked down upon feeling out of the people that she is interacting with. While she has found great joy in these flights of fancy, they are generally one-time affairs for her, especially after the messiness of all of her longer term relationships, both on the romantic and familial sides. Lili has also fallen in love with the power and influence that comes from her vampire lineage, as heavily shown by the money that has been put into the club she is opening.

History
As a younger girl, Lili was rather reserved. Coming from a lesser Pureblood household, when scandal effected the family when the twins were very young, there was very little edifice to protect them from being shunned by their peers. Lili took this as a sign that she only had to rely on herself, becoming A self sufficient person. This stuck, even through being shuffled around between her parents and their new partners.
Thing changed though, they changed during one of the many trips her father took Lili and her twin on in hopes of winning the girls back after all the damage he did to the family. During the vacation for her 17th birthday, Lili ended up having a series of encounters with a girl that ended up capturing her fancy, a girl named Isabell. Their relationship started out as a rancid affair, moving Lili well out of what she thought her comfort zone would be, and showing her how many pleasures she can enjoy when she indulges herself.
The revelation that Isabell was a vampire did come as a shock to Lili, but after a day think, it was not something that was unwelcome to her. By the end of the vacation, Lili had taken up the other girl’s offer to turn her, knowing full well that it would mean not heading back home with her family. The following years were spent learning of her new powers and enjoying her time with Isabell, though that relationship did fade, as Isabell slowly became bored with Lili. Having lost what kept her away from England, and being in full control of the new needs and powers of her new existence, Lili finds herself heading back to England with the last bit of support from her sire, a club in Hogsmead for Lili to prove herself with.